The beautiful hills surrounding the city of Fermo, sloping down towards the sea, are dotted with small villages scattered evenly over the territory, as can already be seen in many renaissance paintings. At the top of gentle slopes, along the fertile river valleys or close to the sea, settlements thus developed which gathered together the population of the countryside, giving rise to villages whose histories often encountered or clashed with those of Fermo.

This is the case with Torre di Palme, a proud mediaeval castle built with a solid defensive system, perched on a rocky outcrop with a wide view out over the sea. The history of this small village is emblematic of the proud spirit of independence of the local people: the diatribes which in the middle ages saw Torre di Palme measuring up against the dominance of Fermo, were followed by a period of independence that only came to an end in 1861 when the village became a district of Porto San Giorgio before coming under the administration of Fermo in 1878.

A favourite haunt of a selected group of holidaymakers who have learnt to appreciate its charm, Torre di Palme offers incomparable village views; the narrow streets, squeezed between the brick facades of houses blooming with geraniums, frame wide views of the sea and the surrounding hills. And if from a height the strip of asphalt of the motorway and the railway along the coast seem to introduce a wrong note, you only have to visit the beautiful mediaeval churches to re-immerse yourself in an old-world atmosphere. Along the main street, just beyond the ancient Prior’s House, you come to the Gothic Church of St Augustine which houses a fine polyptych by Vittore Crivelli: stolen in 1972, it was later recovered and restored, although three predella panels are missing. A profusion of enamelled colours, enlivened by the gold of the backgrounds, defines the unadorned images of the Saints arrayed in two rows either side of the throne on which the Virgin sits with the Child. The original carved and gilded wooden frame still holds together the various painted panels, forming a coherent unit, spaced out in keeping with the extended and sedate cadence highlighting the melancholic tone of the faces. The polyptych by Jacobello di Bonomo, a rare artistic testament to the intense relations between Venice and the Fermo area, was instead never recovered after the theft in 1921.

Continuing along the main street we come to the Church of Saint Mary by the Sea, the walls of which show the signs of various alterations suffered over the centuries which have not altogether erased the Gothic structure of the building. Splendid majolica basins dating from the 16th century decorate the facade of the bell tower, while inside, on the left wall of presbytery, a delicate painting of the Madonna of Loreto can still be seen, frescoed by an unknown local painter working in the orbit of Paolo da Visso. On leaving the church, a wide balcony offers a view along the sandy beaches dominating the town of Porto San Giorgio, the modern marina and the ancient Sanctuary of Saint Mary by the Sea, an important and very popular devotional centre since mediaeval times 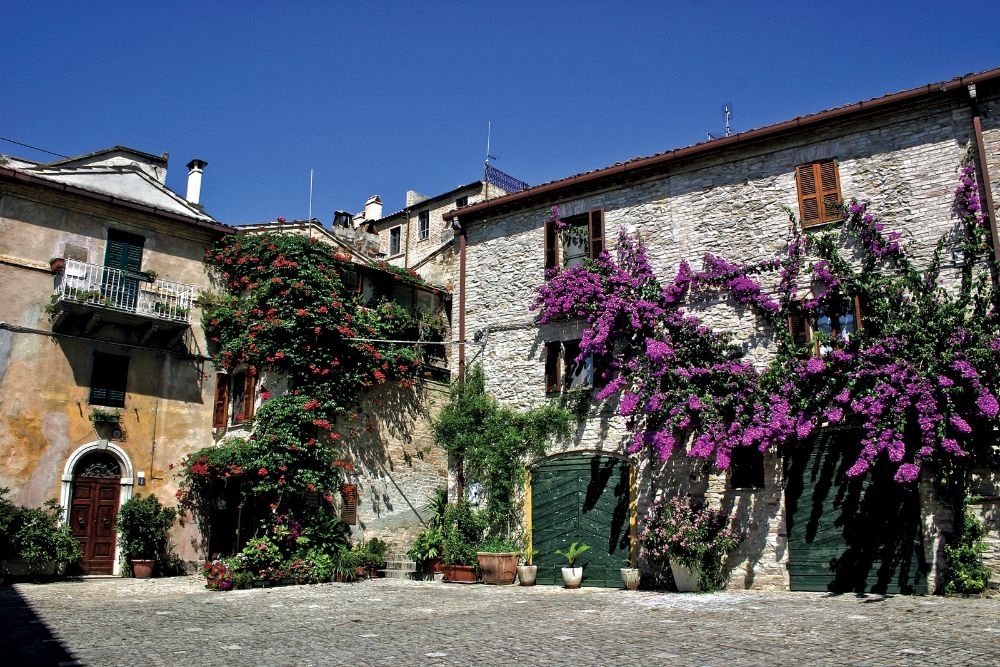 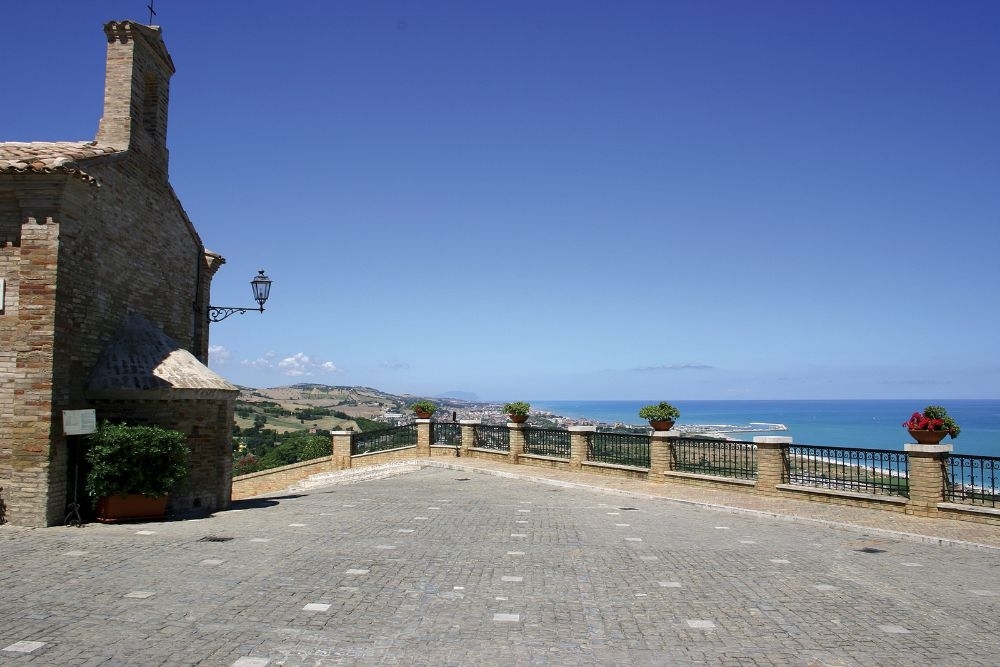 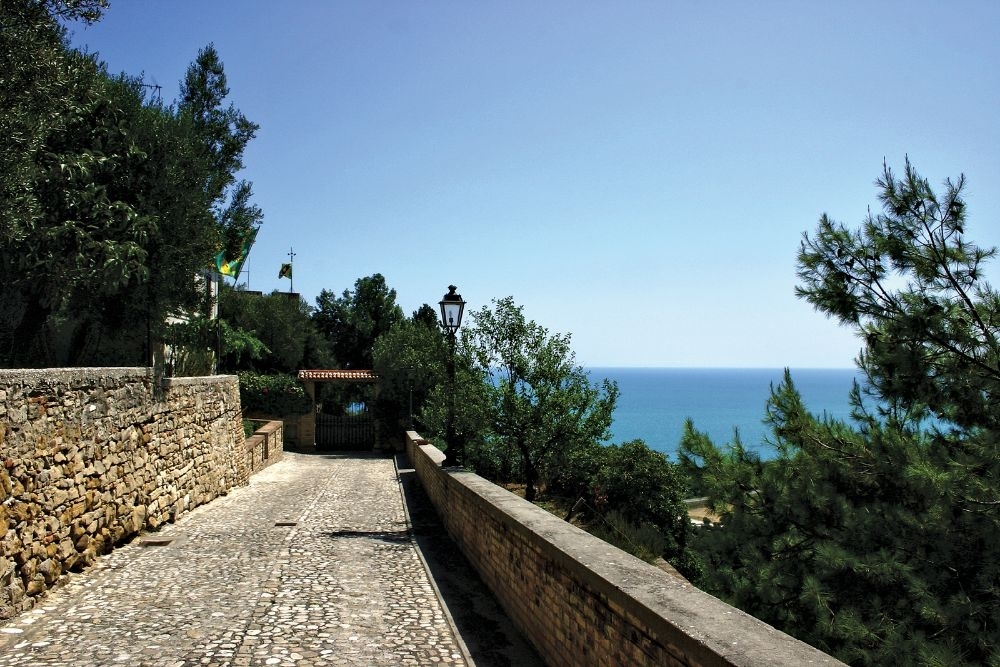 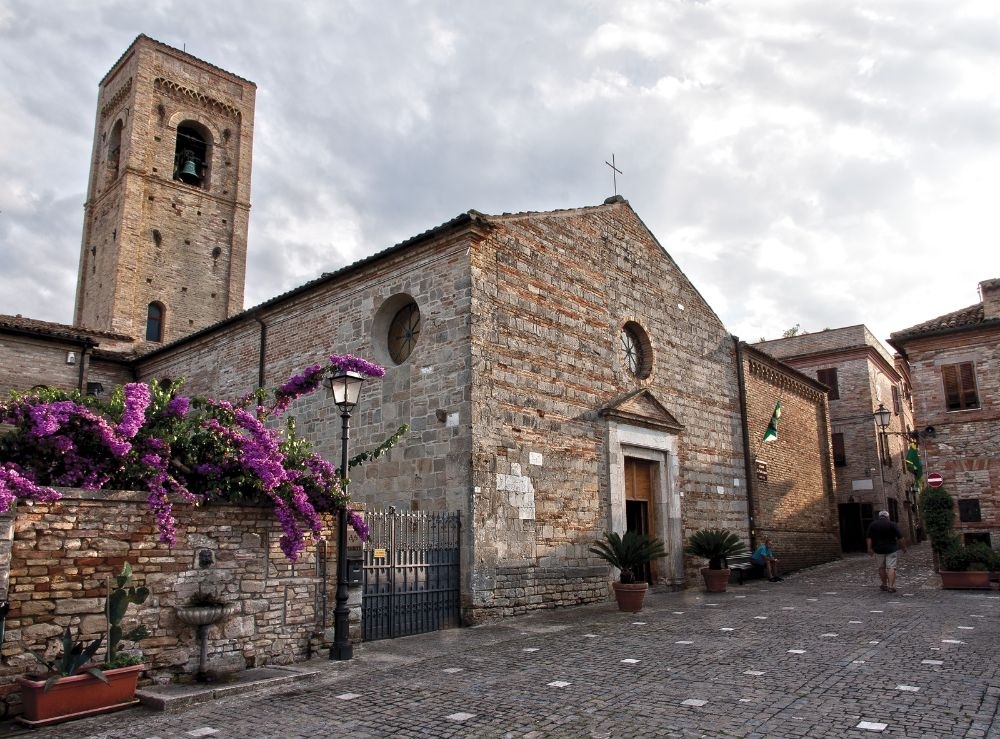 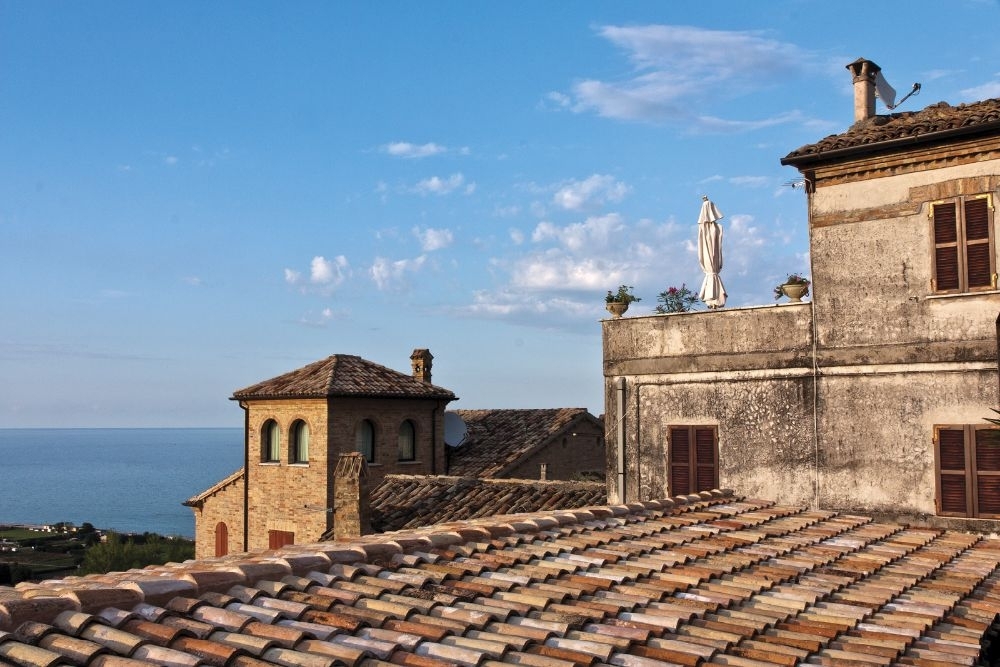 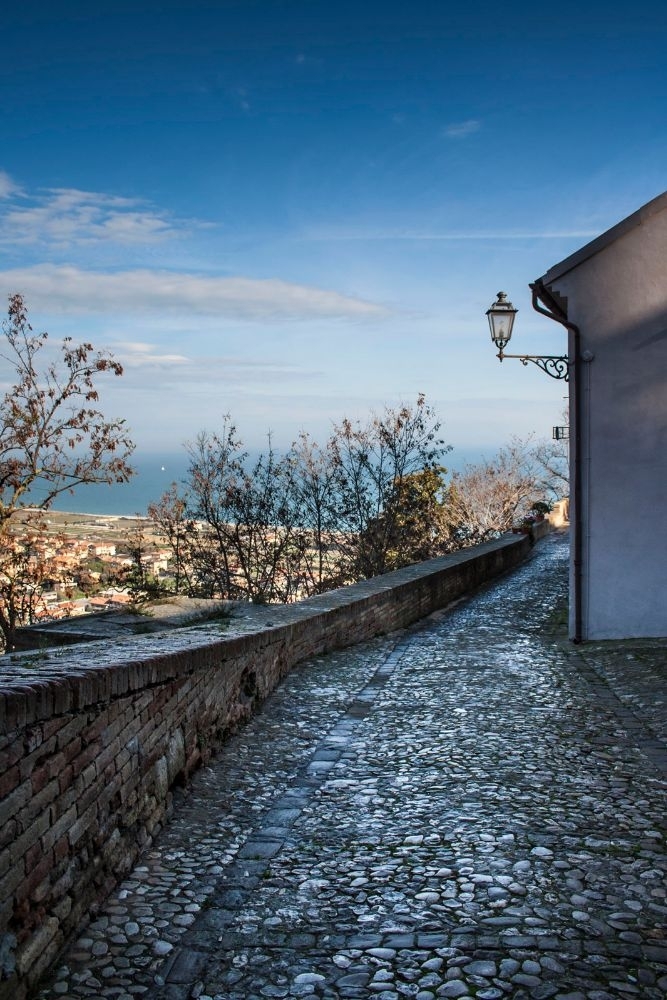 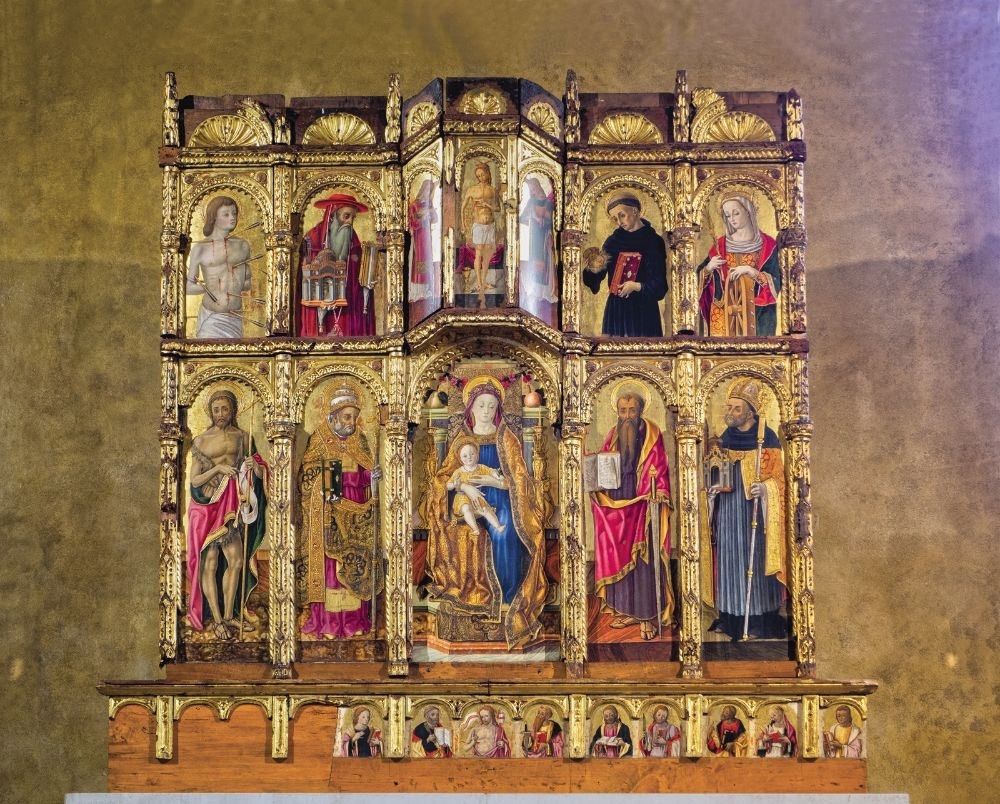 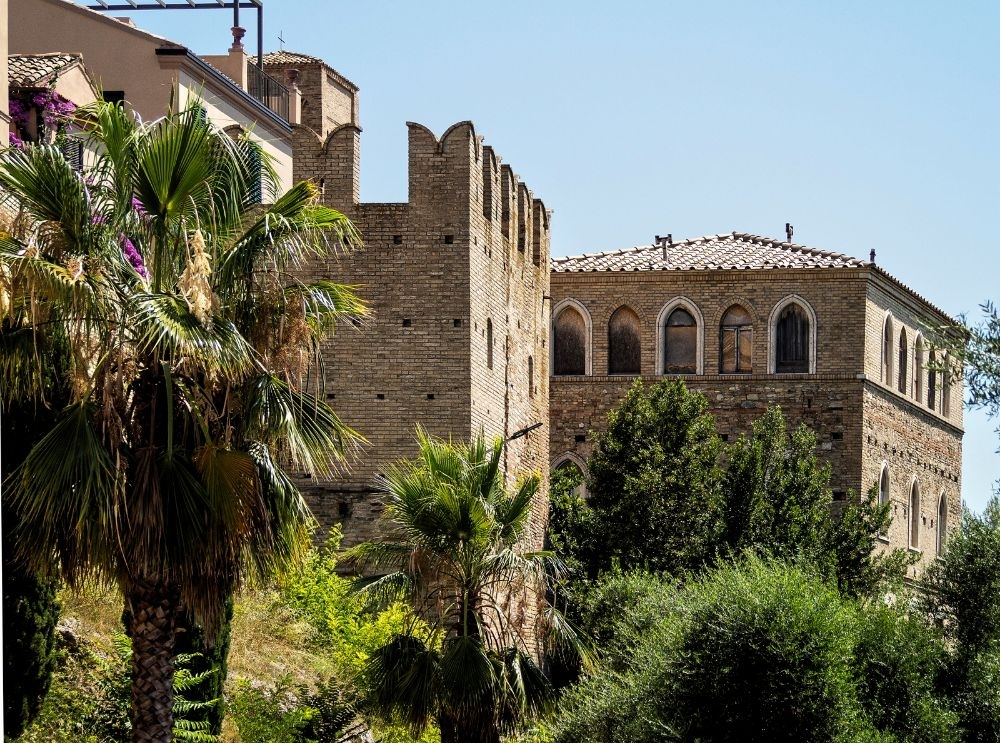 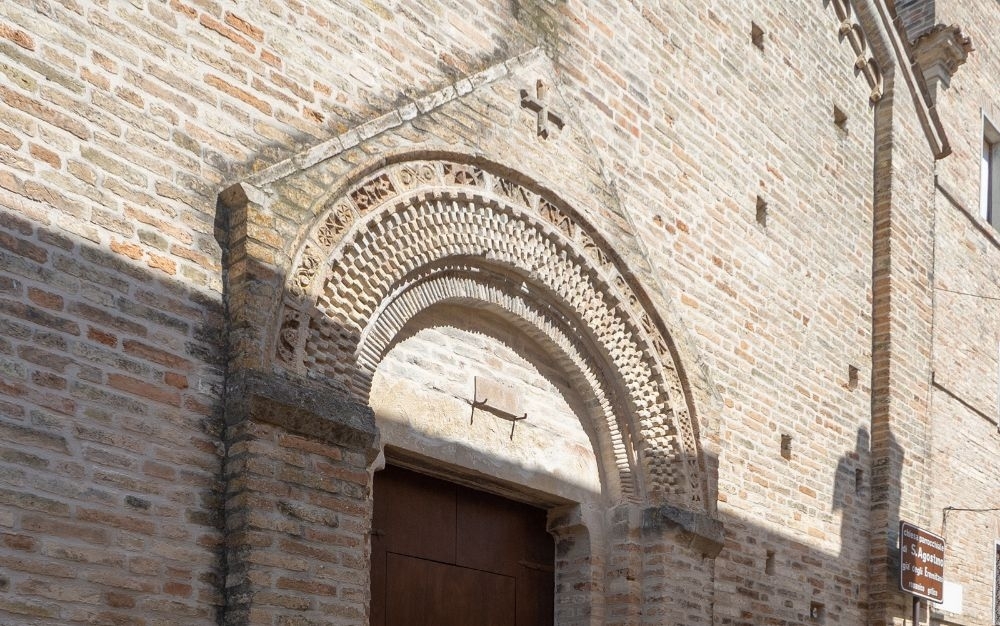 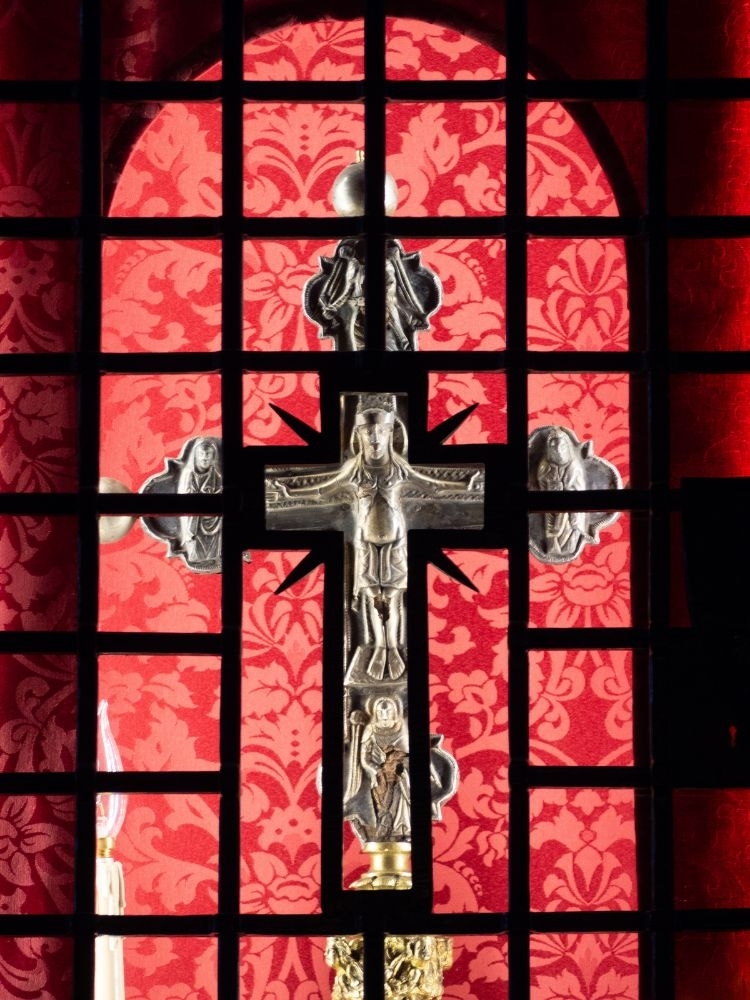 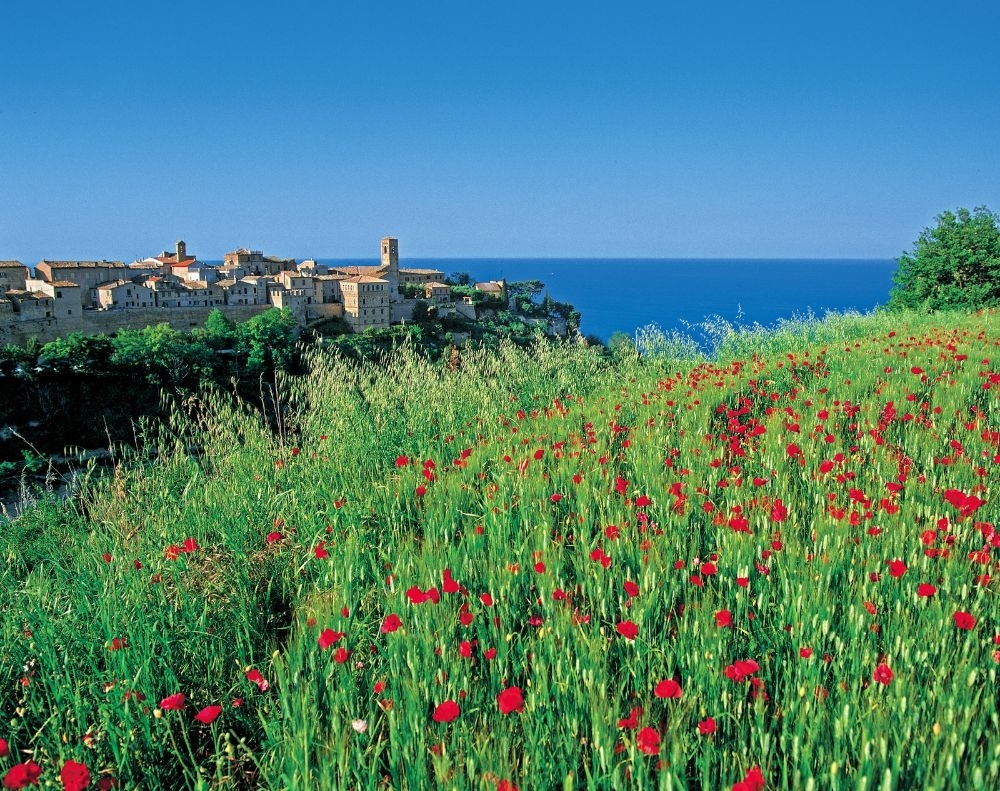 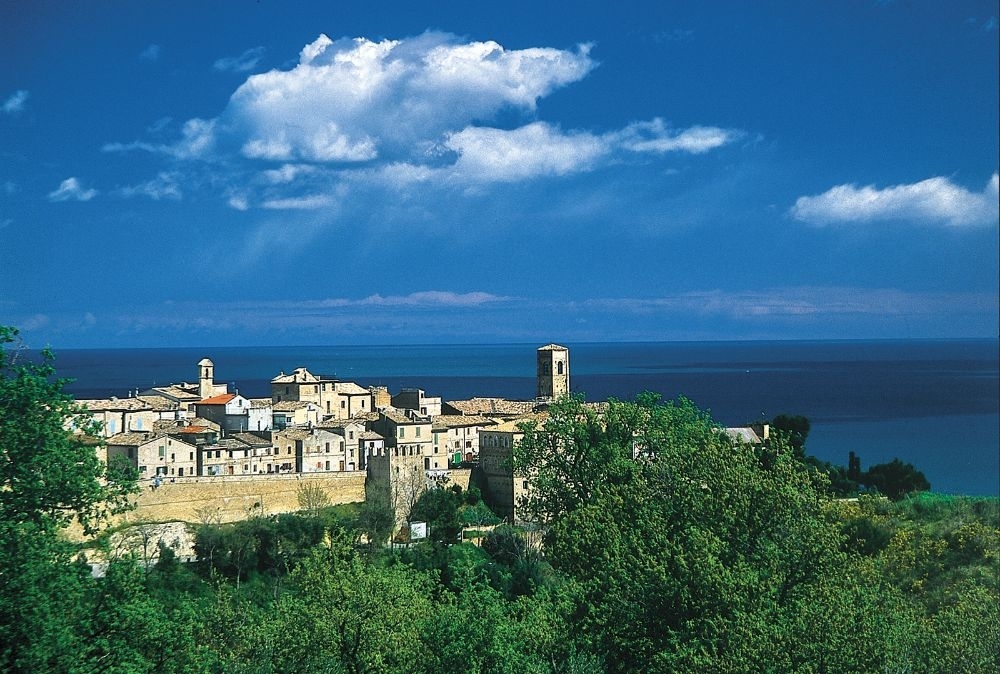 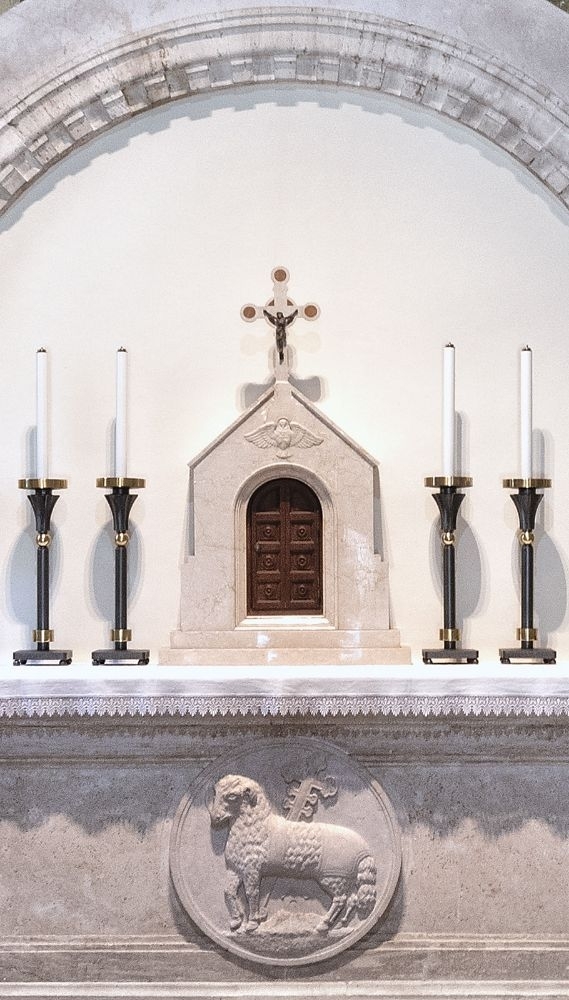 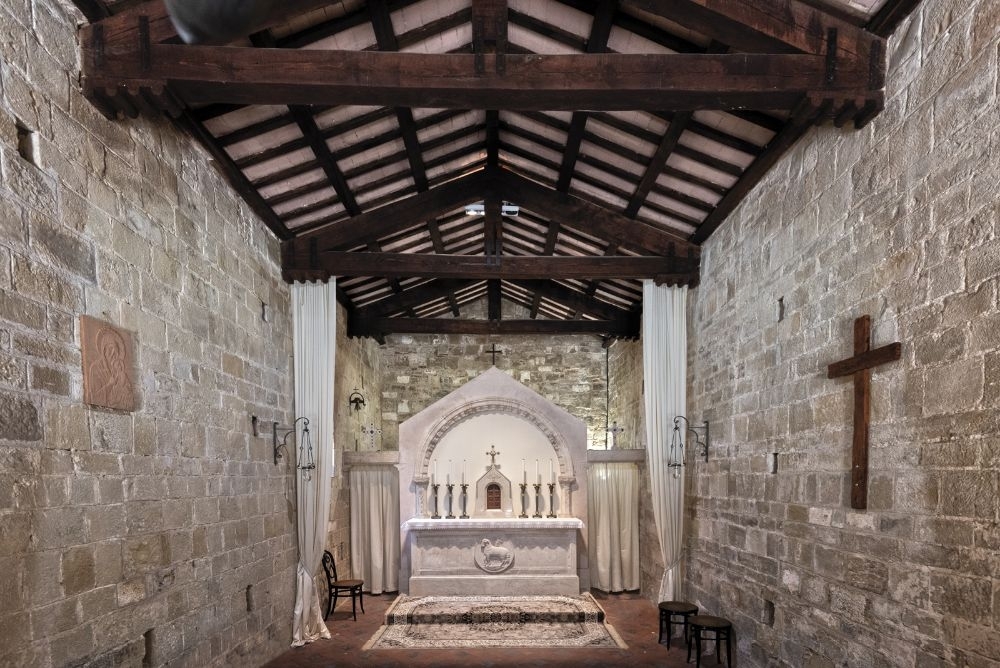 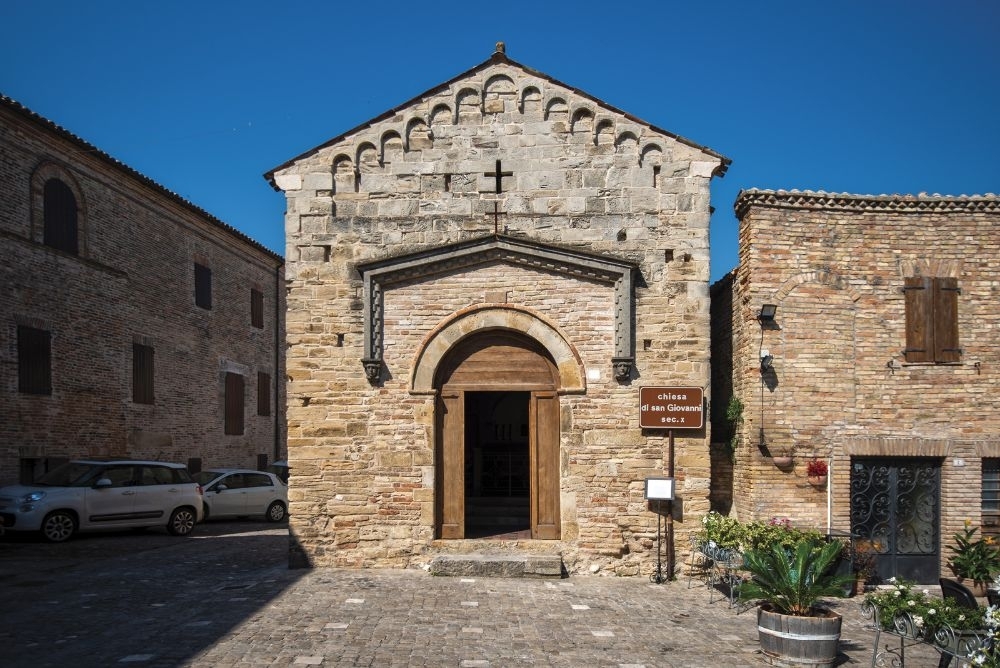 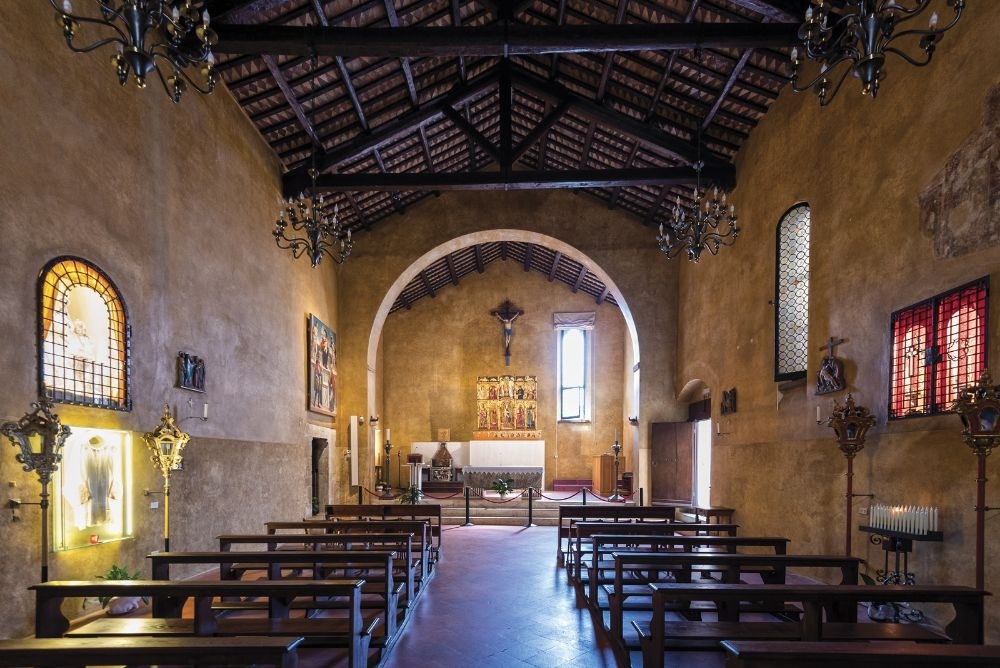 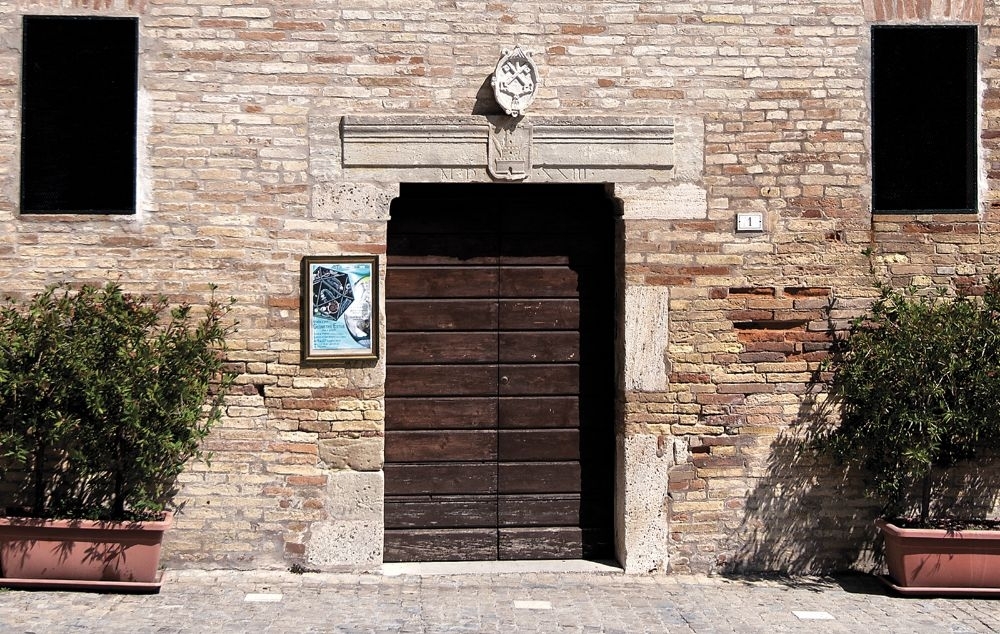 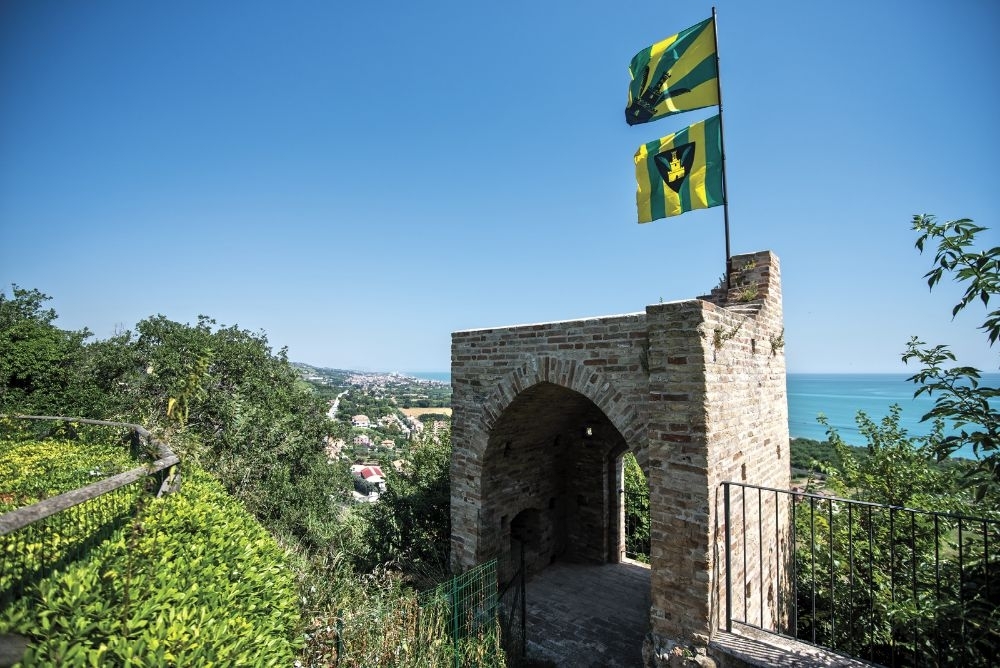 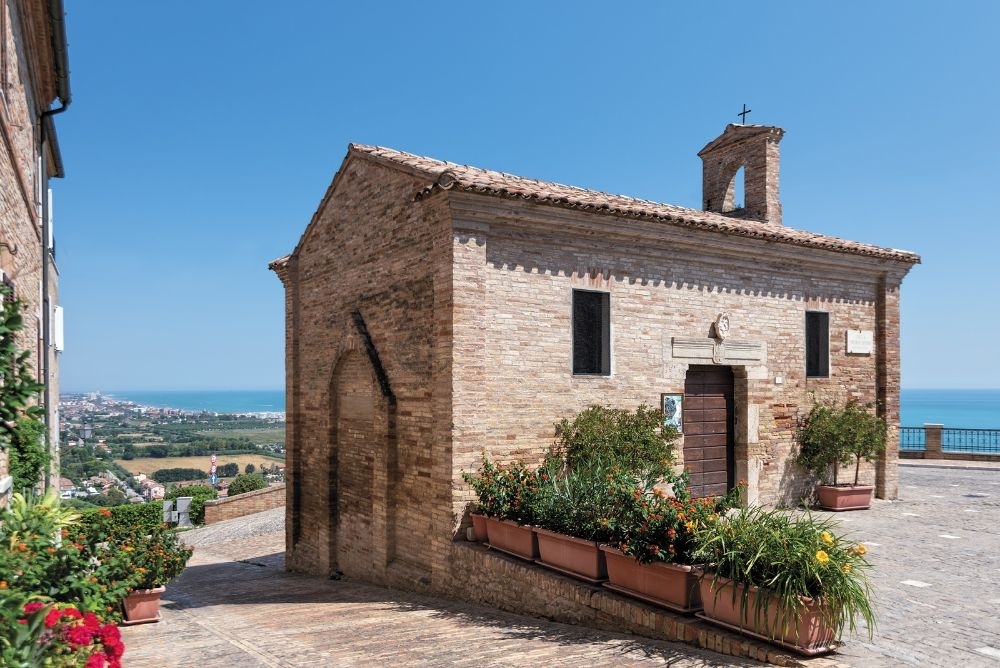 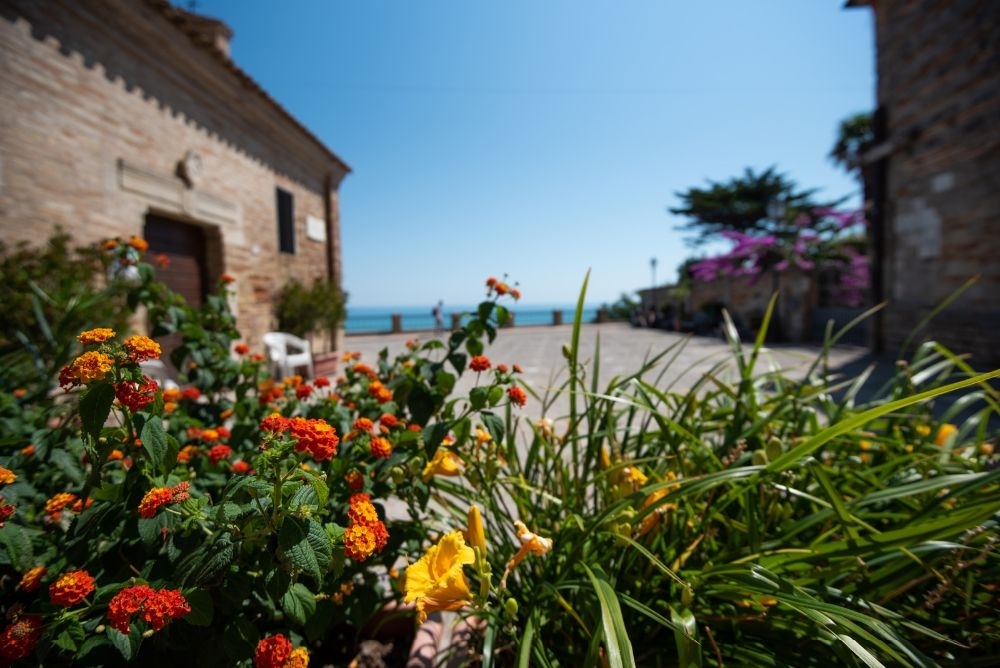 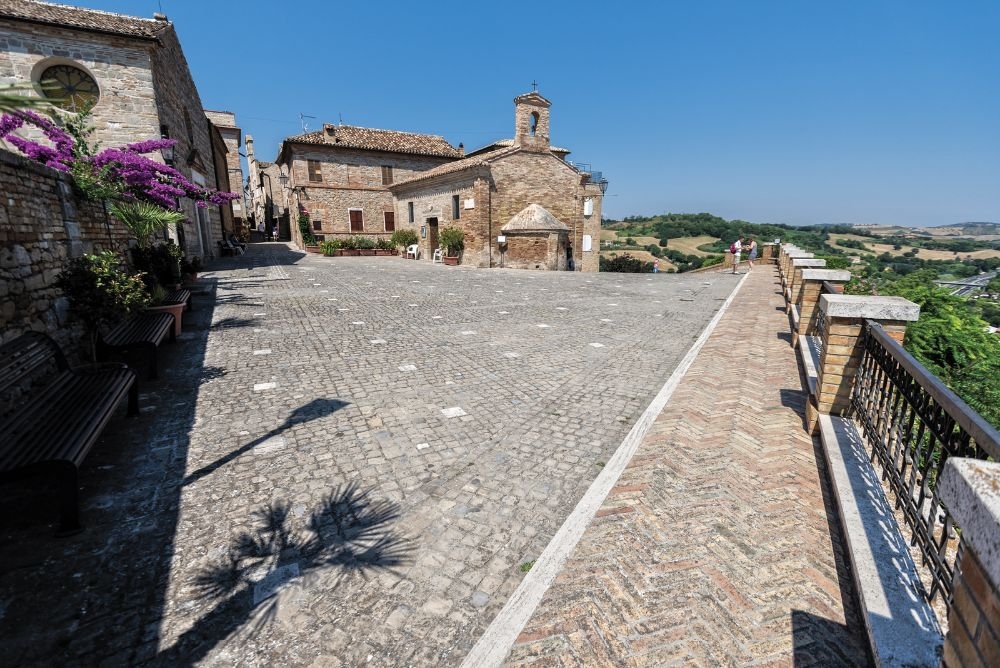 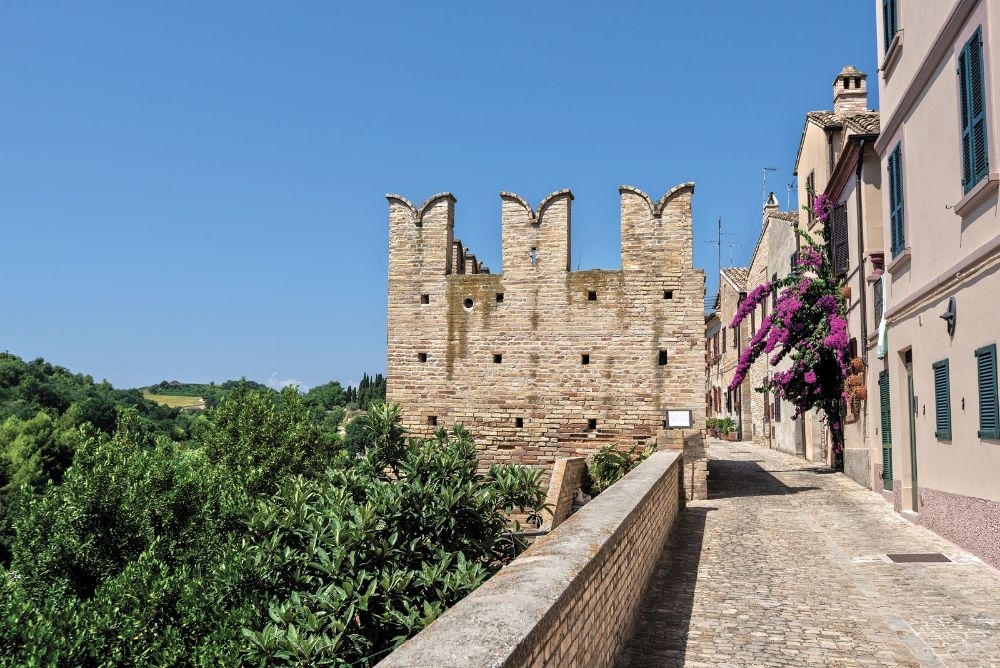 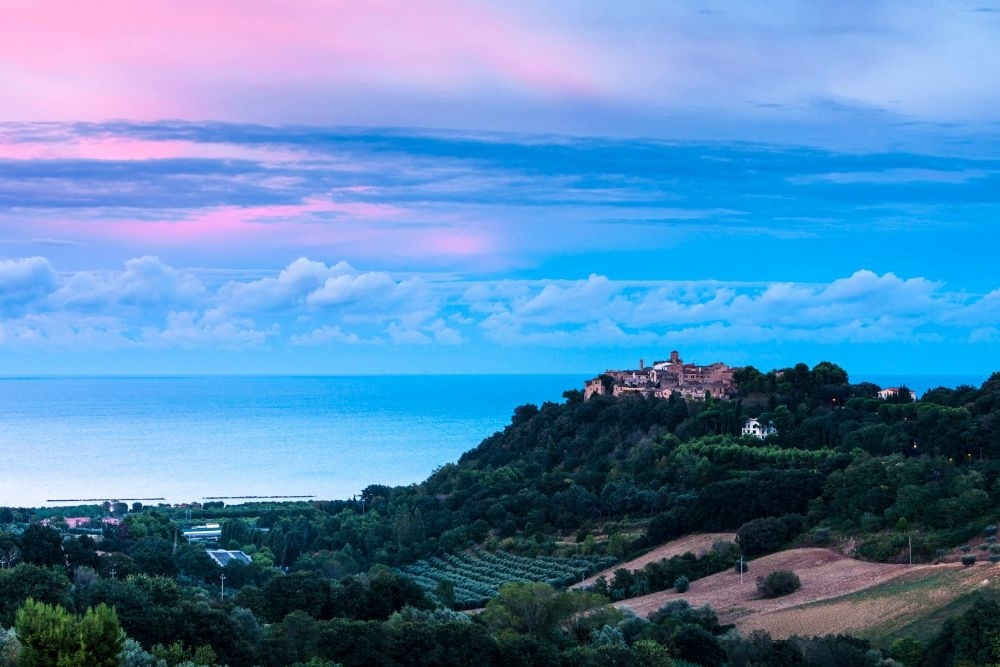 The characteristic village of Torre di Palme is the setting for the start of the Cugnolo Wood walk, a short and easy route (2 km) winding along a stretch of fossil dune of the Pliocene era, a few hundred metres from the sea, through a small wood; it represents one of the few remaining strips of Mediterranean vegetation in the coas of the Marche and has an exceptional morphological and botanical value.

The walk through the Cugnolo Wood is easily identifiable owing to the presence of a number of wooden stakes hammered into the ground by the local section of the CAI (Club Alpino Italiano). The wide and well-maintained path, fitted with parapets and wooden fences, leads down towards the San Philip stream and enters the wood dominated by matre coppice and ancient oaks, offering charming views of Torre di Palme and the Pliocene cliff on whitch it rests on the opposite bank of the stream. After a few minutes walk the sea comes into view, as if from a shady and cool balcony.

The local tale of the Lover's cave, halfway between history and legend, helps to make more evocative this beautiful walk, which was saved from oblivion thanks to the initiative of Fermo City Council which, in collaboration with the local Section of the Cai and a number of volunteers from the area, had the path cleaned and furnished, making it usable again. 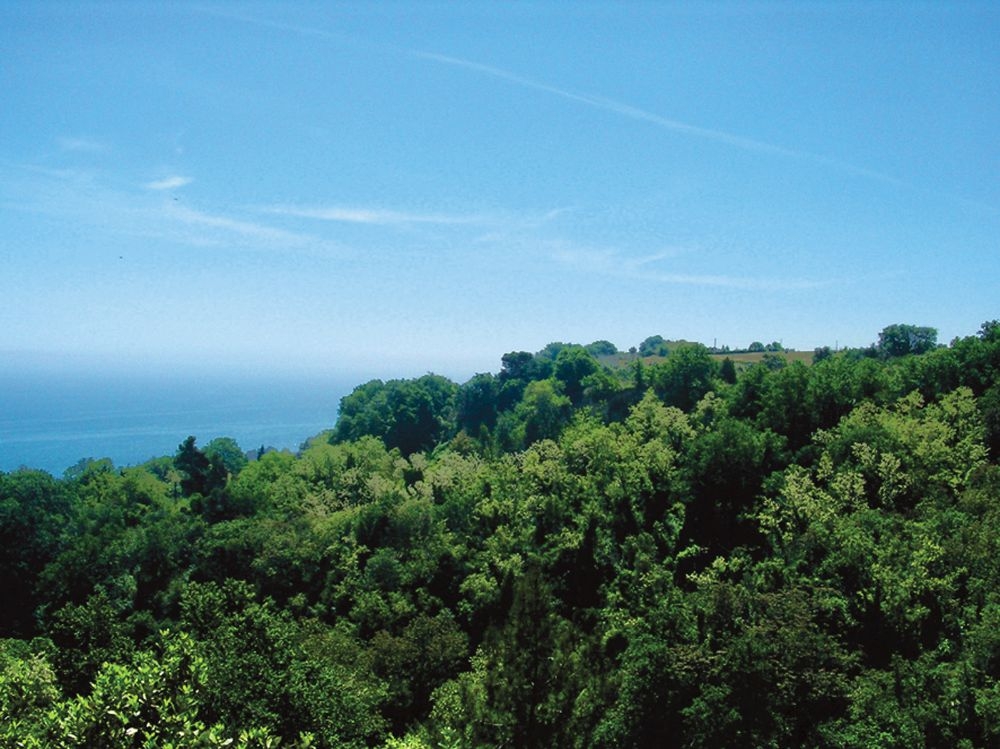 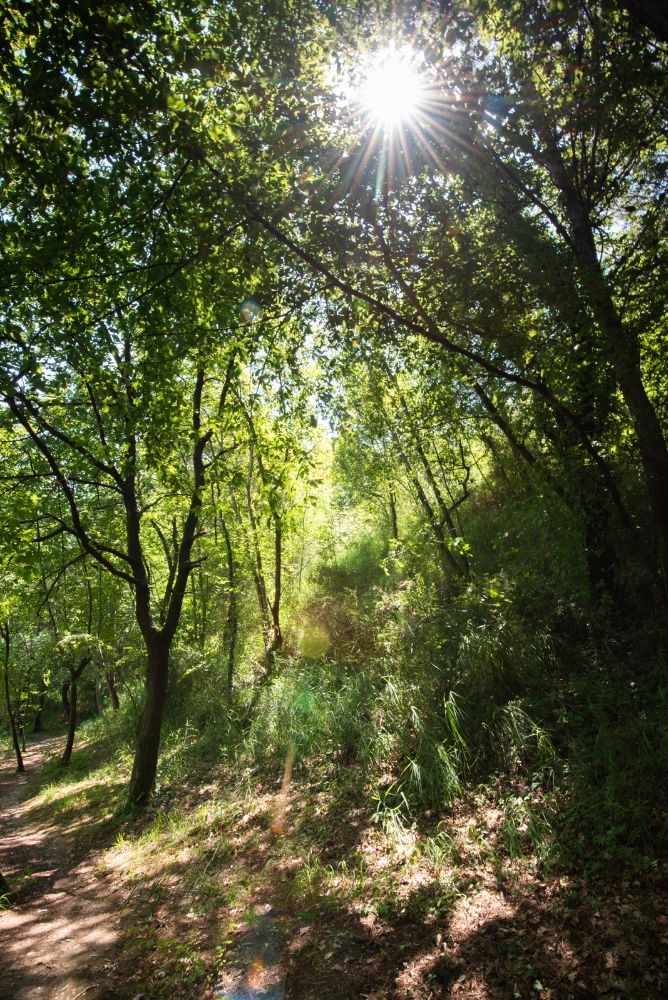 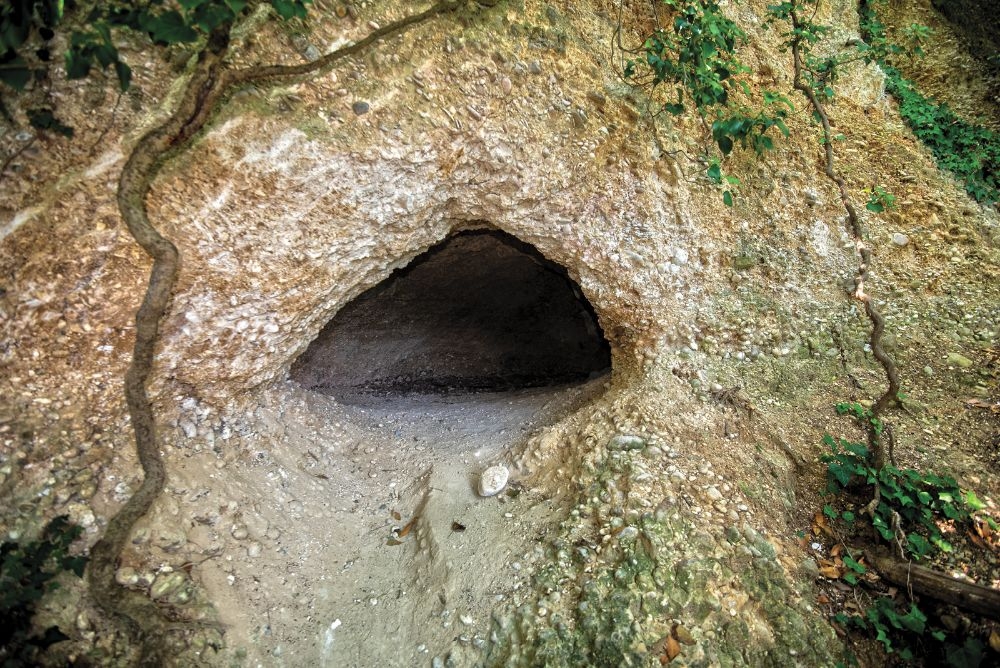 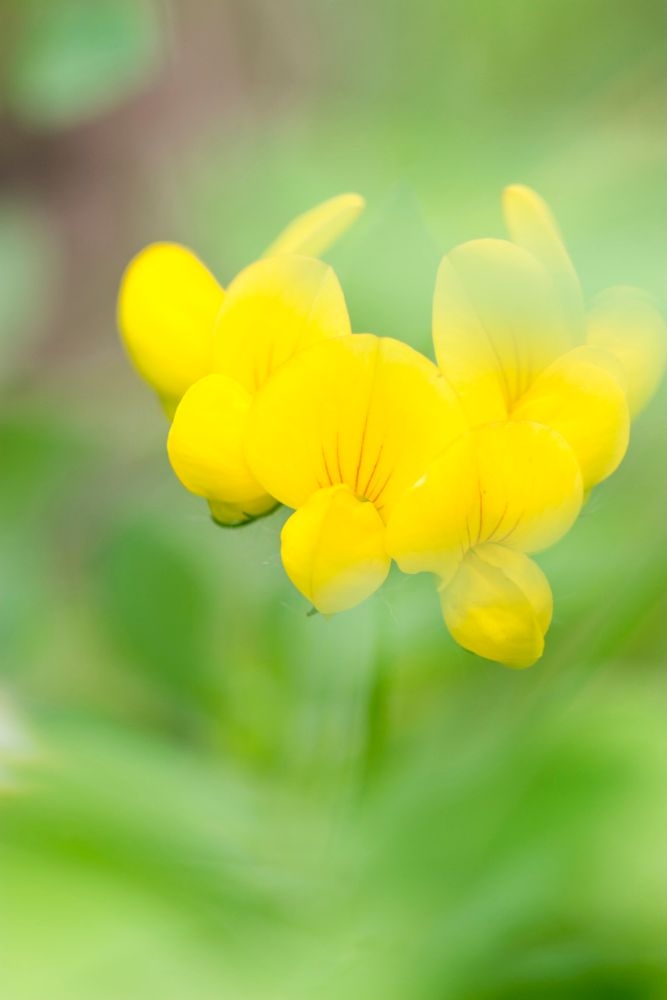 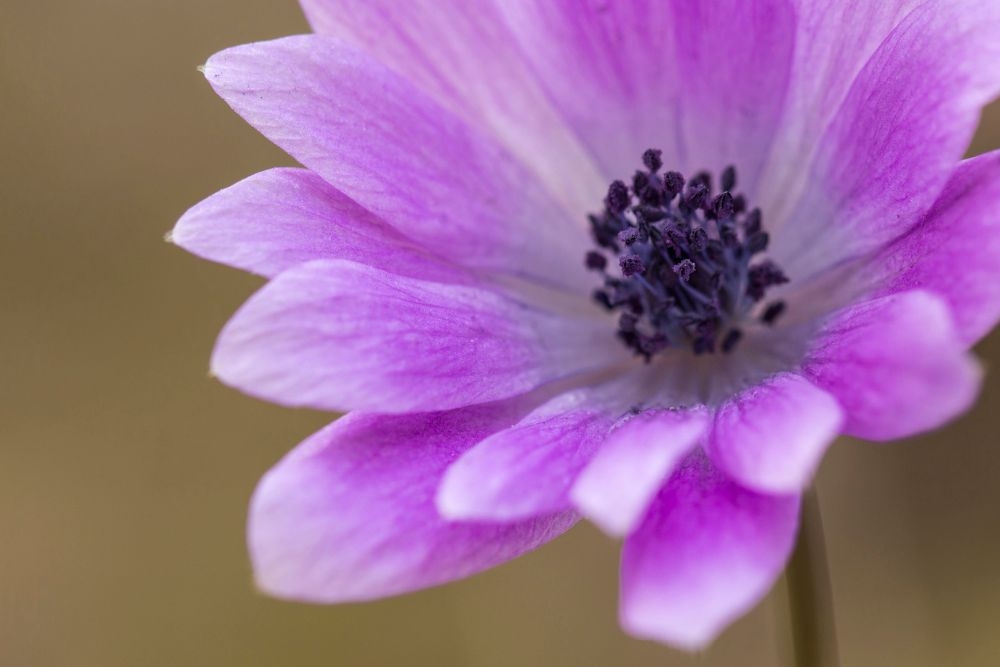