The vocation of Fermo, with its history as a city of learning and its tradition as a centre of cultural exchange on the Adriatic, has always been to offer a welcome and hospitality. The instruments that the City has on hand to continue to fulfil this mission are many and have been consolidated and refined over time. First of all, culture. Fermo, in fact, has preserved an unspoiled renaissance urban fabric, which can be appreciated, starting from the main Piazza del Popolo – among the most beautiful in Le Marche – through a series of itineraries dotted with churches, noble palaces, courtyards and artistic portals.

It offers an Art Gallery full of late Gothic paintings well-known for the famous “Adoration of the Shepherds” by P.P. Rubens; it hosts a Library among the most renowned in Italy for its collection of ancient books and manuscripts, the heart of which – the seventeenth century Globe Room – is itself one of the city’s treasures.

It preserves beneath its streets a complex plumbing system, part of which are the Roman Cisterns (the largest ever built by the Romans in terms of their surface area), from the age of Augustus, a visit to which is essential for anyone who visits the City even if only for a few hours.

The range of museums in the city is enriched with the Diocesan Museum, adjacent to the splendid Cathedral with its Gothic facade, which preserves, among other exceptional exhibits, the chasuble of Thomas Becket; the Picene Archaeological Section in Palazzo dei Priori, documenting fully through bronze artefacts of a unique type one of the great pre-Roman Italic cultures; and the Oratory of Saint Monica, with a cycle of late Gothic frescoes which are among the most highly regarded in Le Marche.

In the seventeenth century, Palazzo Paccaroni, down Corso Cavour, the Scientific Museums host the only polar museum in Italy, named "Silvio Zavatti" and the "Tommaso Salvadori" natural Science Museum with the recent renovation, the Church of St. Filippo Neri has become auditorium and exhibition room, that house numerous convention and exhibits.

A real star in the cultural firmament of Fermo is the 18th-century city theatre “dell'Aquila”, one of the largest and most beautiful in Le Marche: a prestigious building, enriched with the historical backdrops of Sanquirico and with the central fresco painted by Cochetti. The facility, as well as being one of the most highly regarded cultural assets of the City, is the setting for important seasons of shows, from opera, to classical music, to plays, in accordance with a centuries-long tradition which has seen its stage walked by some of the greatest names in international music and theatre. The prestigious nineteenth century Villa Vitali, designed by the Architect Gaetano Manfredi, house renovated open air theatre, where important summer theatre festivals are happened.

Another strongpoint of Fermo and of the surrounding villages is the landscape. Huddled around the Girfalco Hill, where the park, with its centuries-old trees, is one of the most beautiful panoramic balconies along the coast of Le Marche, the City has as its natural background, on one side the Adriatic Sea, at a mere eight kilometres from the town centre, and on the other the evocative scenario of a hinterland of historical villages rising in a rolling hilly landscape up to the slopes of the "Azure Mountains" made famous by Giacomo Leopardi: the Sibyllines. This privileged position enables Fermo to offer a clean sea and well-equipped beaches from which to go sailing and windsurfing, such as Lido di Fermo, Casabianca, and Marina Palmense; it also enables tourists to enjoy the tranquillity of its hinterland in farm holiday centres and facilities equipped for trekking, mountain biking and horse riding, making it a natural gateway to the nearby Sibylline Mountain National Park. The numerous accommodation facilities offer adequate solutions for all needs. From Fermo, also, considering the almost unique local manufacturing structure based on small and medium-sized enterprises, exciting and very refined shopping trips can be planned to the factory outlets of famous brands and to craft traditions where – with not only shoes but also hats, accessories and leather products – fashion is created and trends set for leading international boutiques. 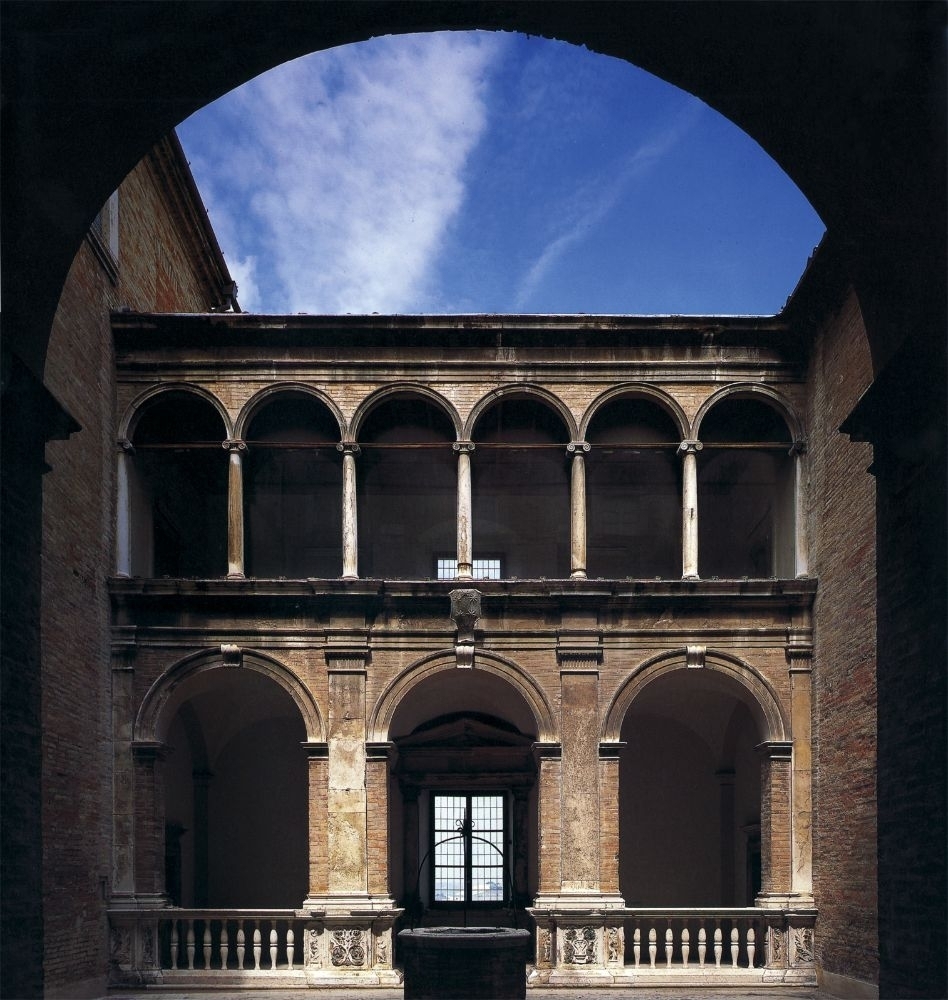 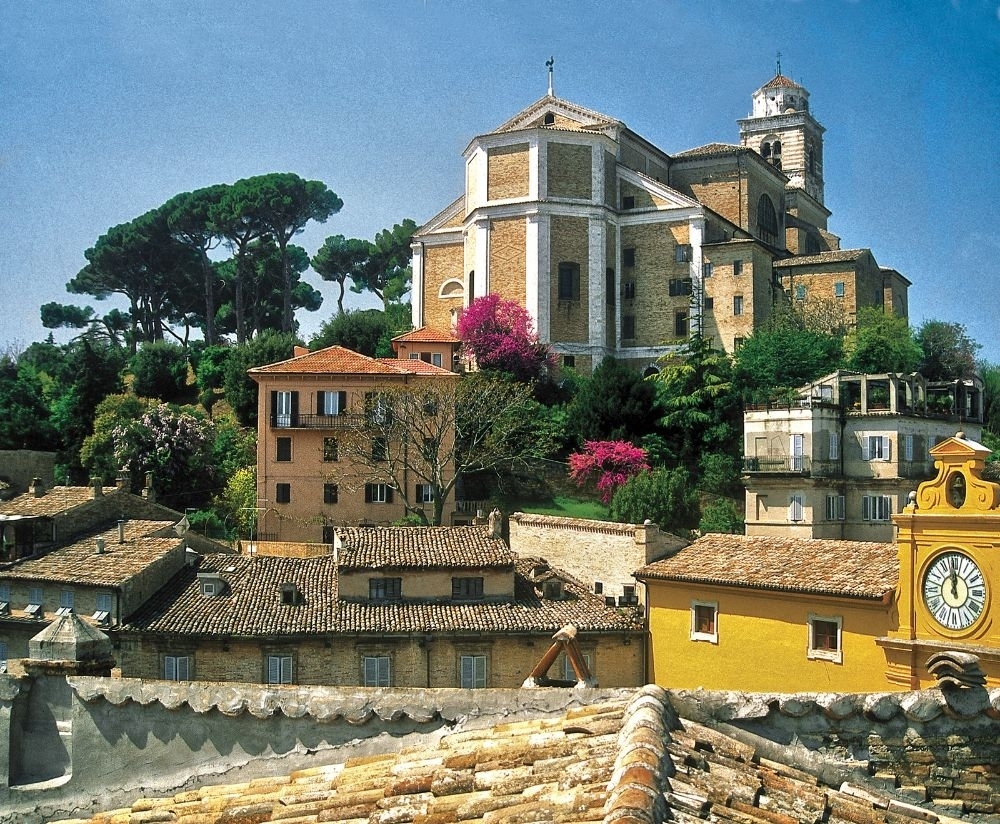 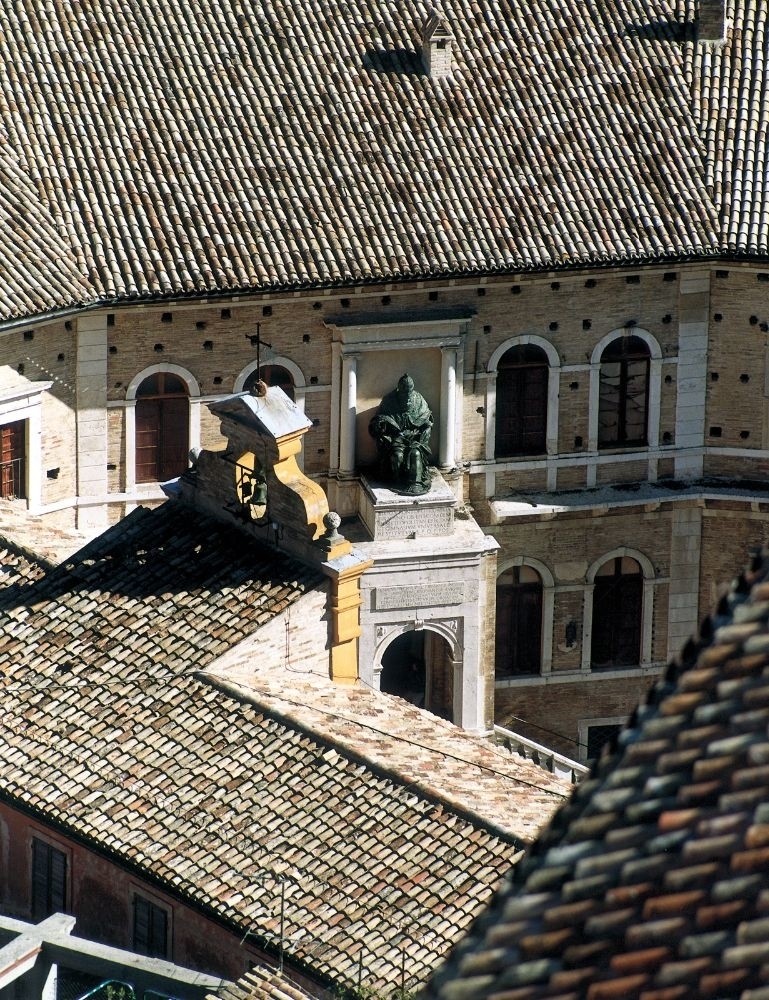 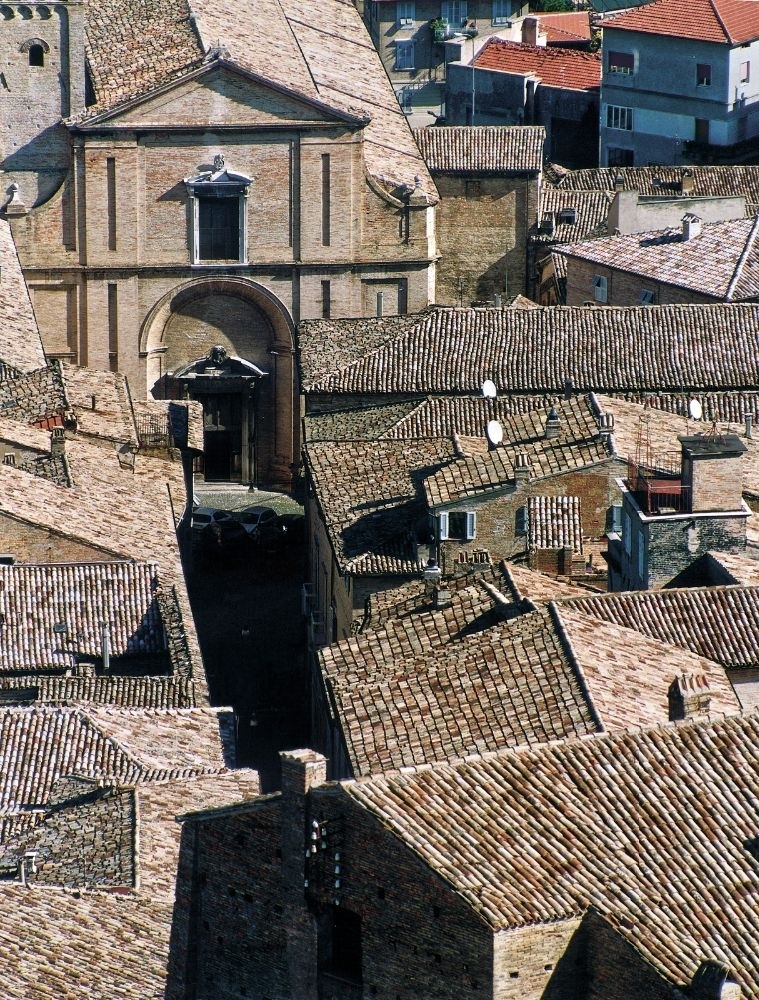 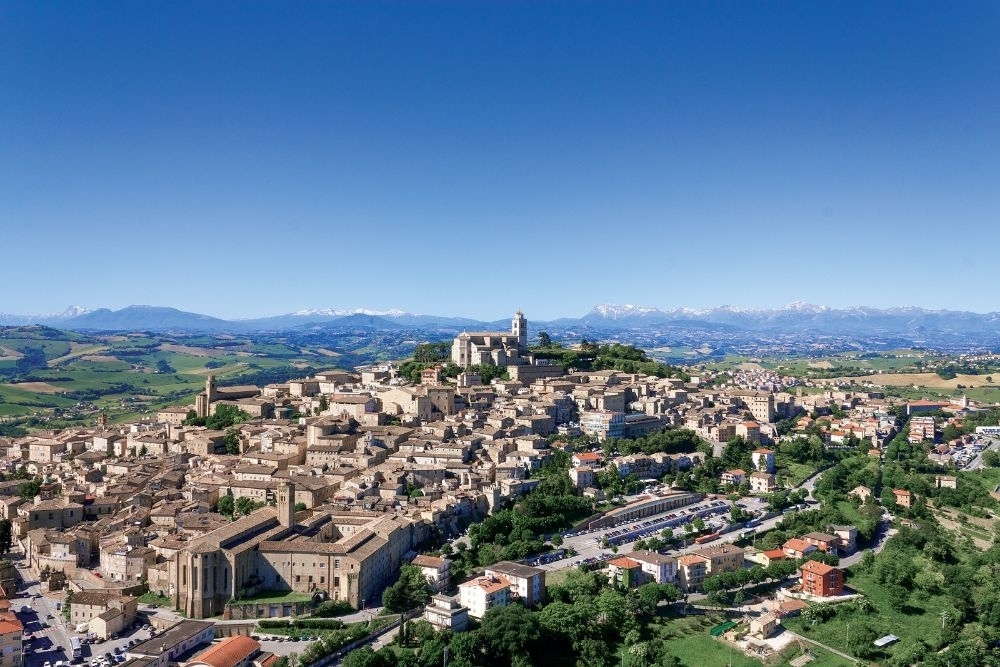 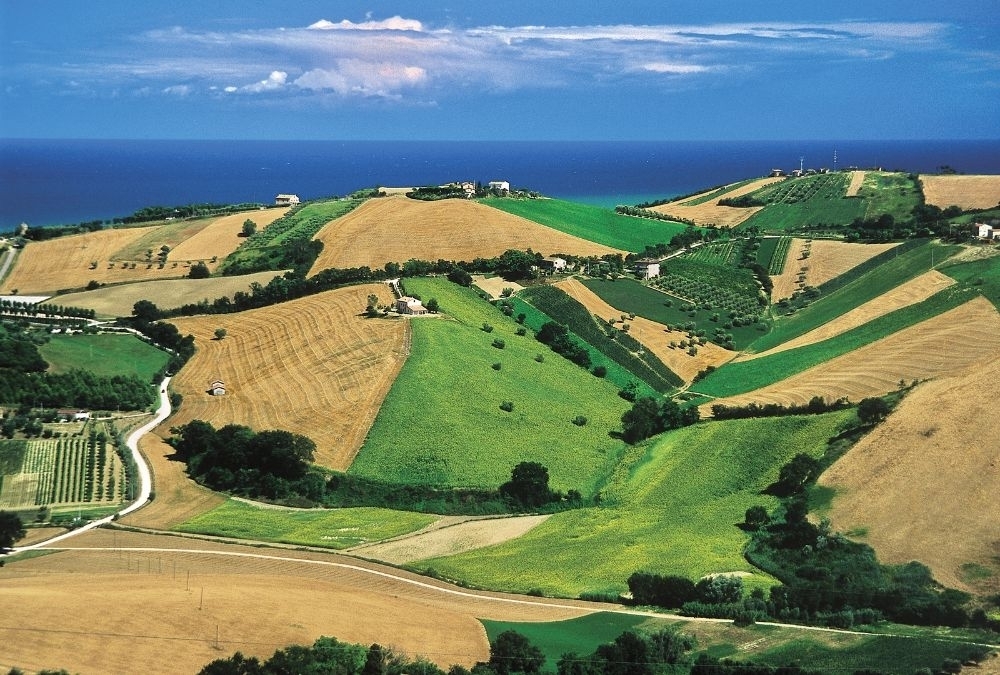 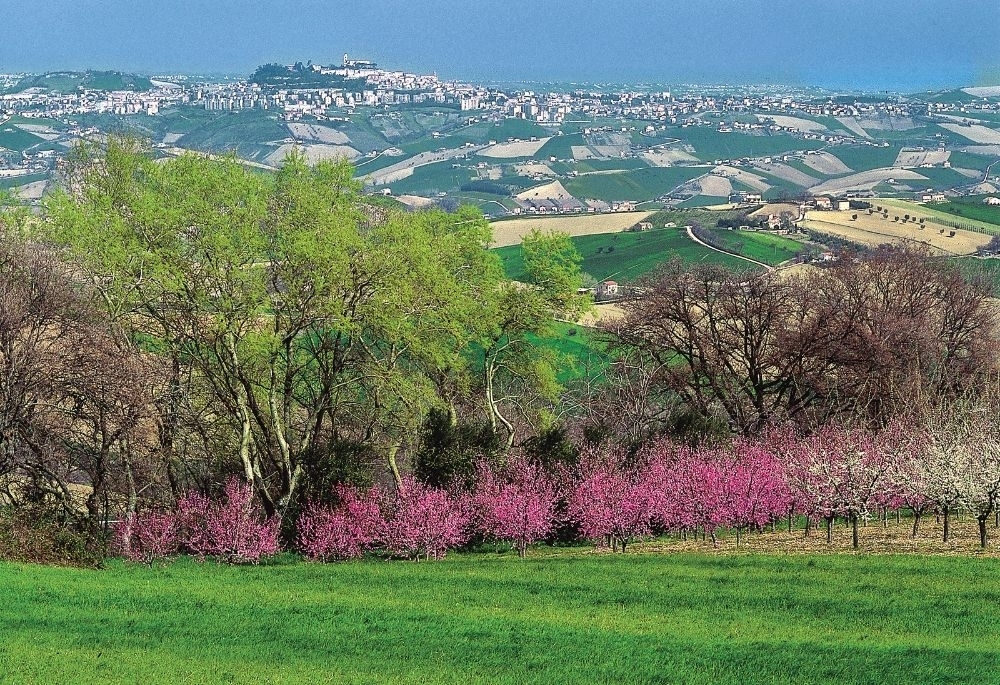