Via degli Aceti is in an area of ​​extraordinary beauty, in which there are solemn palaces. Walking along this street, you come across the late-medieval entrance to the large Roman cisterns that are considered a true patrimony of the Augustan age, as well as the ingenious idea of ​​Vitruvius. Almost certainly it was decided to realize what are commonly called purgatory or limestone pools to meet an otherwise non-fulfilling water requirement. The underground system for receiving and inundating rainwater, similar to the water system of Chieti city, allowed it to be redistributed efficiently to different areas of the city. For storage and subsequent supply, three tanks were built on the Girfalco, in the current square Temistocle Calzecchi Onesti and in Via degli Aceti, which obviously were at different heights. The first one cannot currently be visited because it is completely underground, but the excavations of 1927 delineated four non-communicating brick areas, barrel-vaulted and very similar to the large cisterns. The second is known with the name of small cisterns, as its flow is smaller than that of the tank located in Via degli Aceti, which however from a strictly structural point of view does not present significant differences with respect to the smallest. The large cisterns extend along a rather vast area that encloses via Paccarone, via di Vicolo Chiuso, via degli Aceti, largo Maranesi and has a maximum capacity of about 15,000 cubic meters. The interior consists of thirty rooms divided into three rows, each of which has a wall covered with opus signinum or cocciopesto which, as Vitruvio writes, was used mainly in the manufacture of tanks, aqueducts, thermal pools because they are suitable for waterproofing the mortar of lime. The visit to the cisterns is incredibly exciting, as they are in a perfect state of conservation and are able to vividly make the magnificence of a project so efficient that some rooms have been used until the eighties of the twentieth century. It is very suggestive to meet coarse writing such as "Calma, Uscita", dating back to the Second World War, when the rooms were used as a shelter against the bombings. 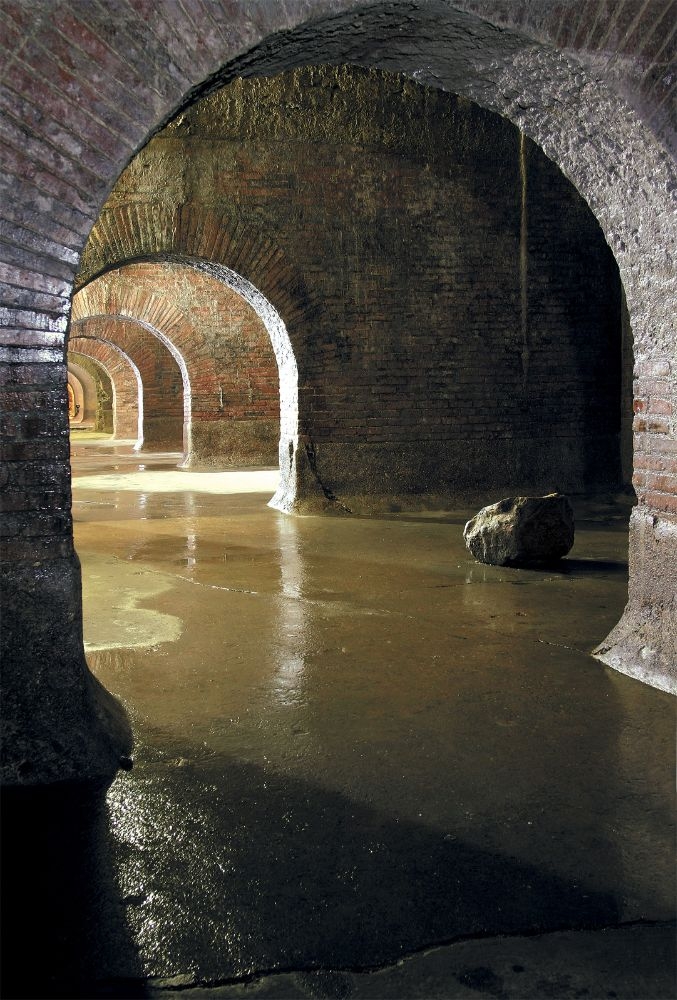 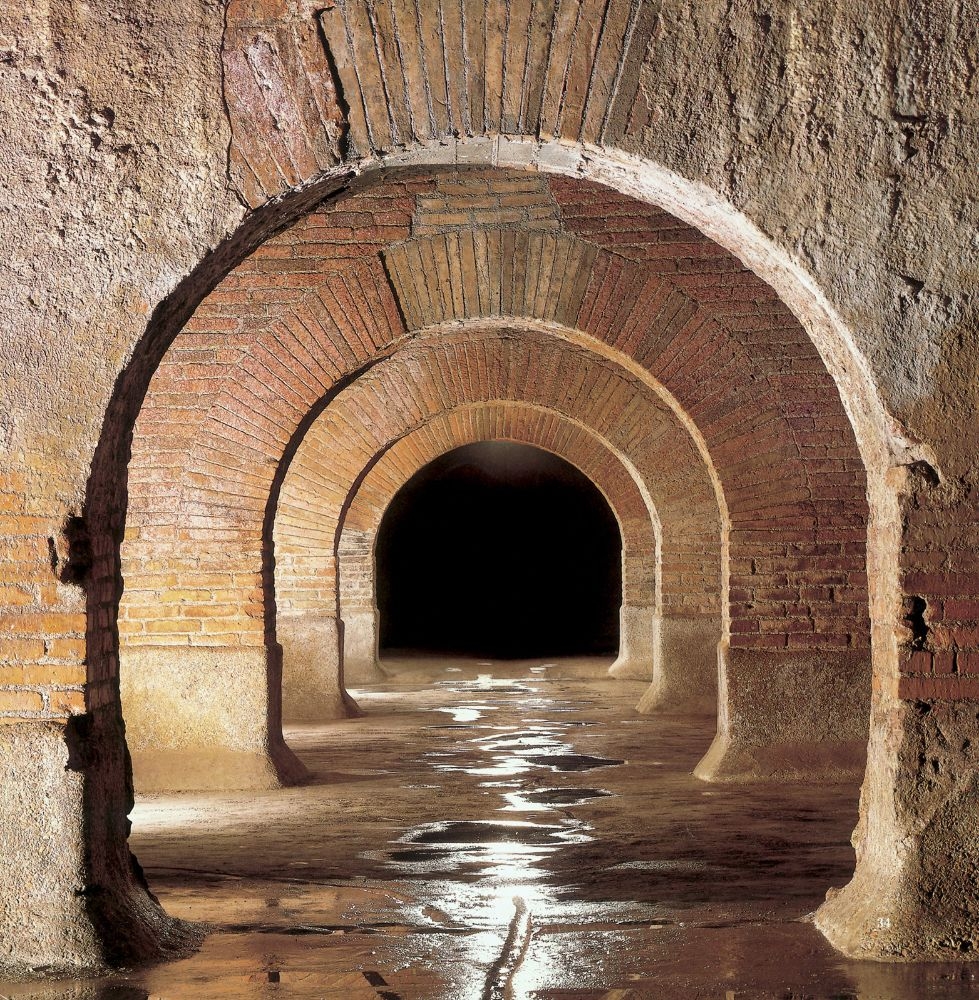 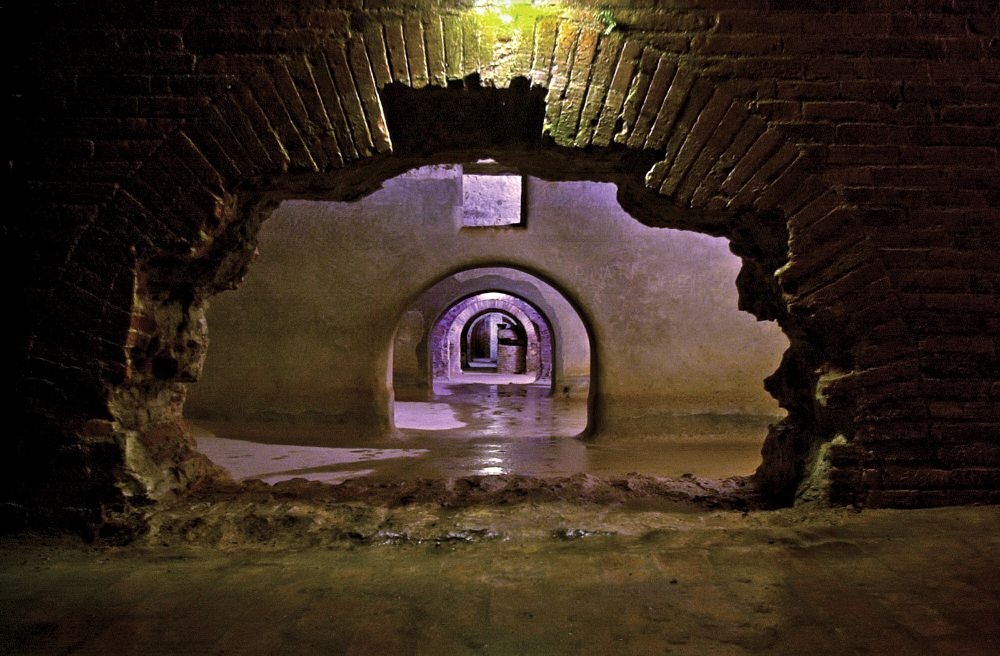 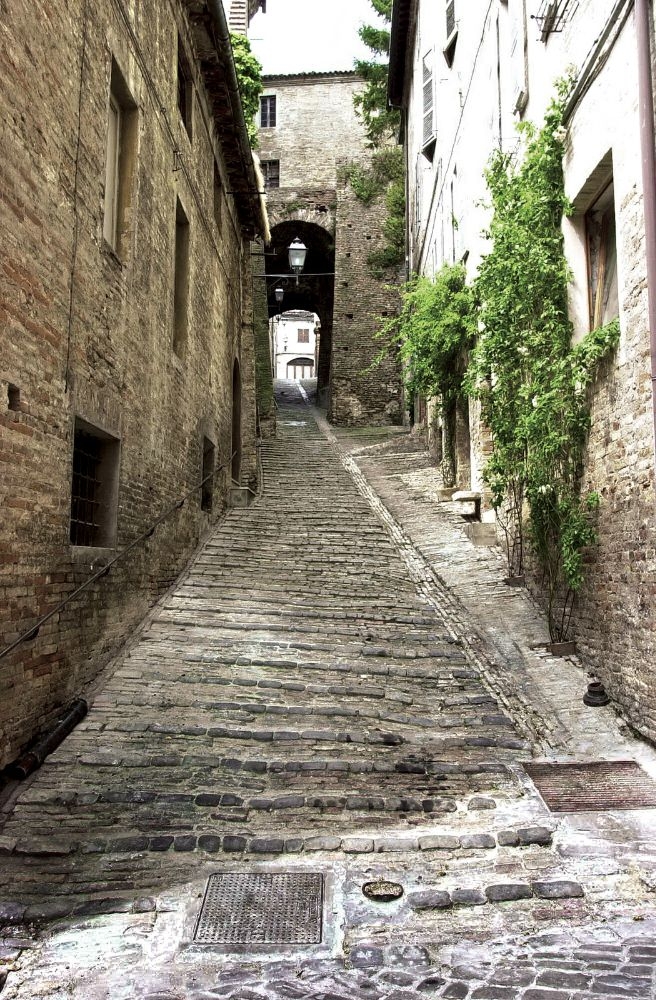