Piazza del Popolo is the heart of the town. Accurate and linear in its forms, it is bordered by two 16th-century porticoes. This square houses the oldest public buildings, each with its own architectural feature that, however, respect the rigour and uniformity of the square. It was initially redefined during Alessandro Sforza's dukedom, due to the arrival in Fermo of Bianca Visconti Sforza, his brother Francesco's wife. Bianca Visconti Sforza and Francesco Sforza were the parents of Galeazzo Maria Sforza, future duke of Milan, who was born in 1444.

Before taking its current name, Piazza del Popolo was known as Piazza Vittorio Emanuele, and, before that, as Piazza San Martino. Its history is linked to the buildings that surround it. It was resized on 8th November 1463 and finally, in 1659, thanks to a restoration, it tooks the form that characterises it still today. Piazza del Popolo is built in Renaissance style (15th century), with linear and harmonious buildings, and it is 135 metres long and 34 large. Walking along its pavement or under its beautiful arcades, the visitor is able to breath a little of the air that blew when its yard was still under construction. It shows up to visitors bounded by two long rows of loggias, with terracotta porticoes, and closed on the shorter sides by very important historic buildings. The Palazzo dei Priori, built in 1269 from the union of a noble palace dating back to 13th century and an ancient church, houses, today, the Civic Art Gallery of Fermo. The Apostolic Palace, a building dating back to the early decades of the 16th century, was built on orders from Oliverotto Euffreducci and was finished on orders from Pope Clement VII. The San Rocco loggia, was built in 1528 and was the location of the church of San Martino, which was built in 1505 as a religious response to the terrible pestilence that decimated the population of Europe for two centuries from 1400 to 1600. 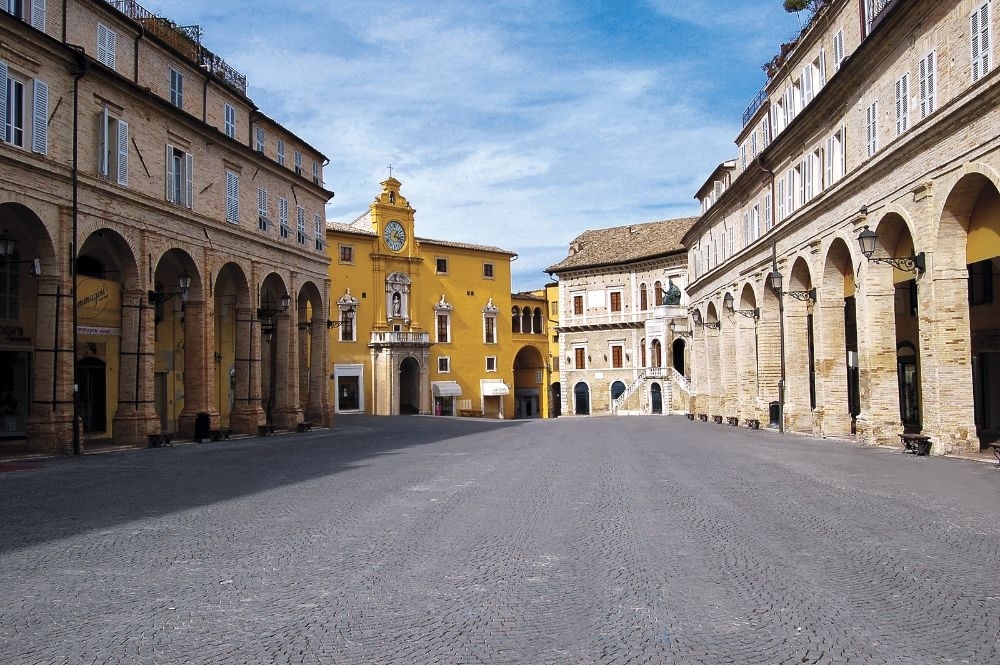 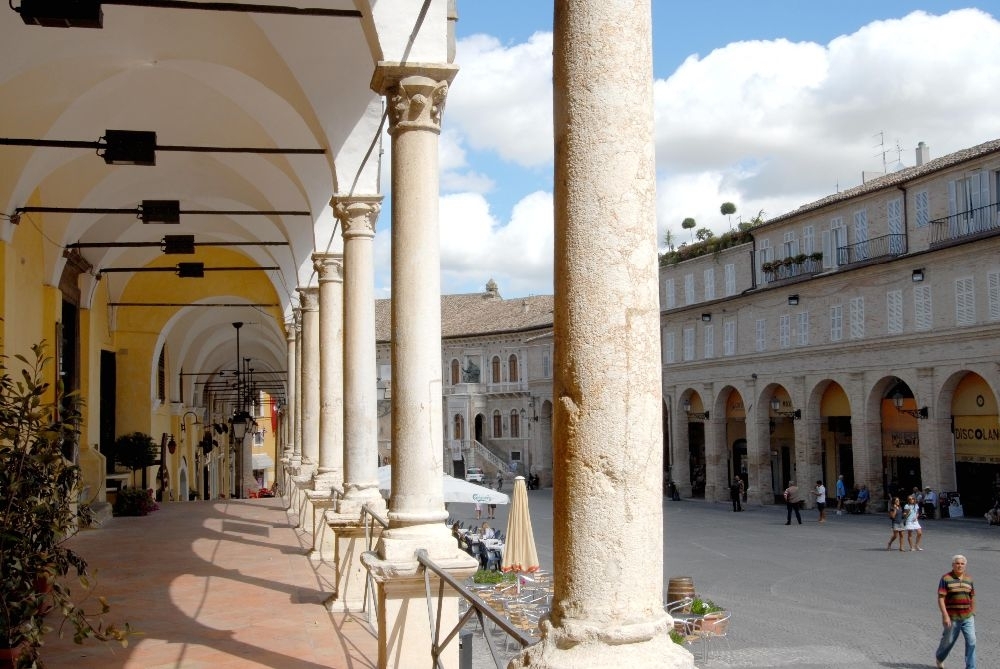 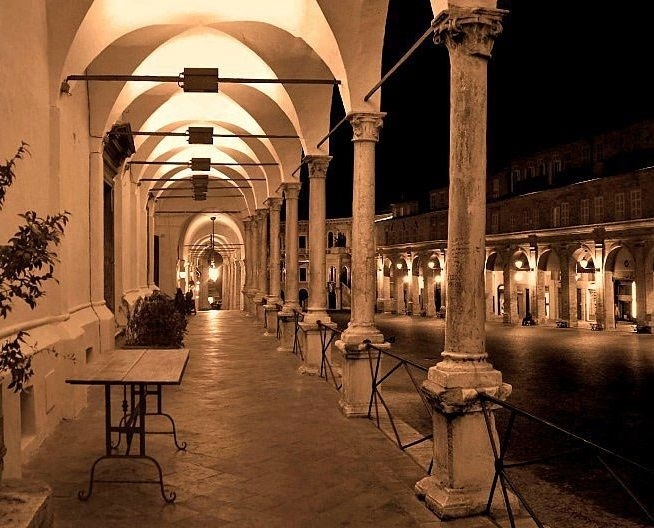 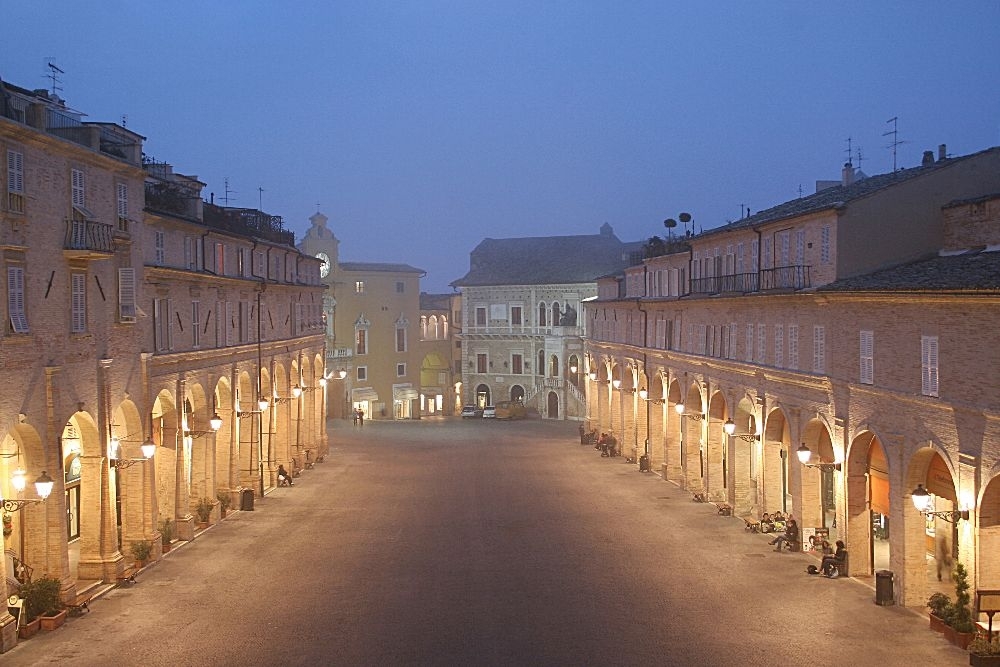 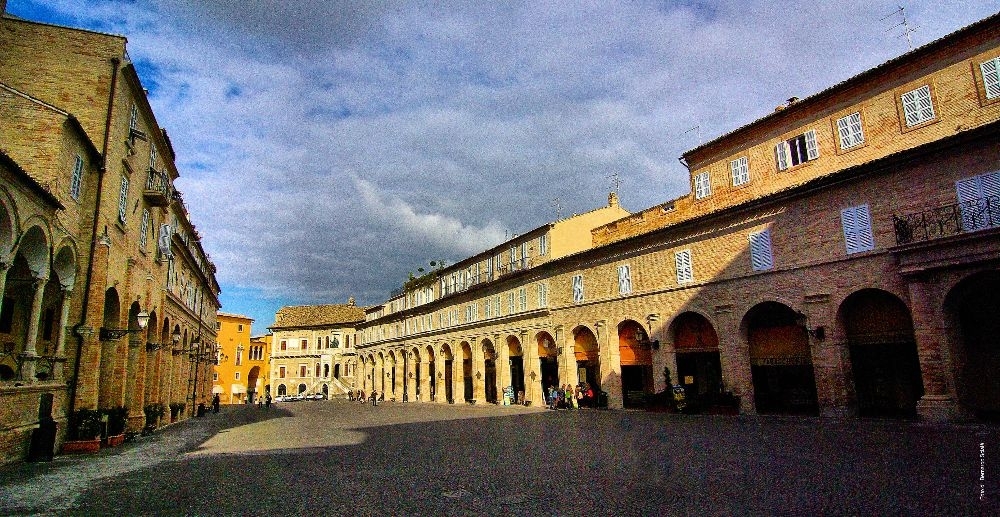 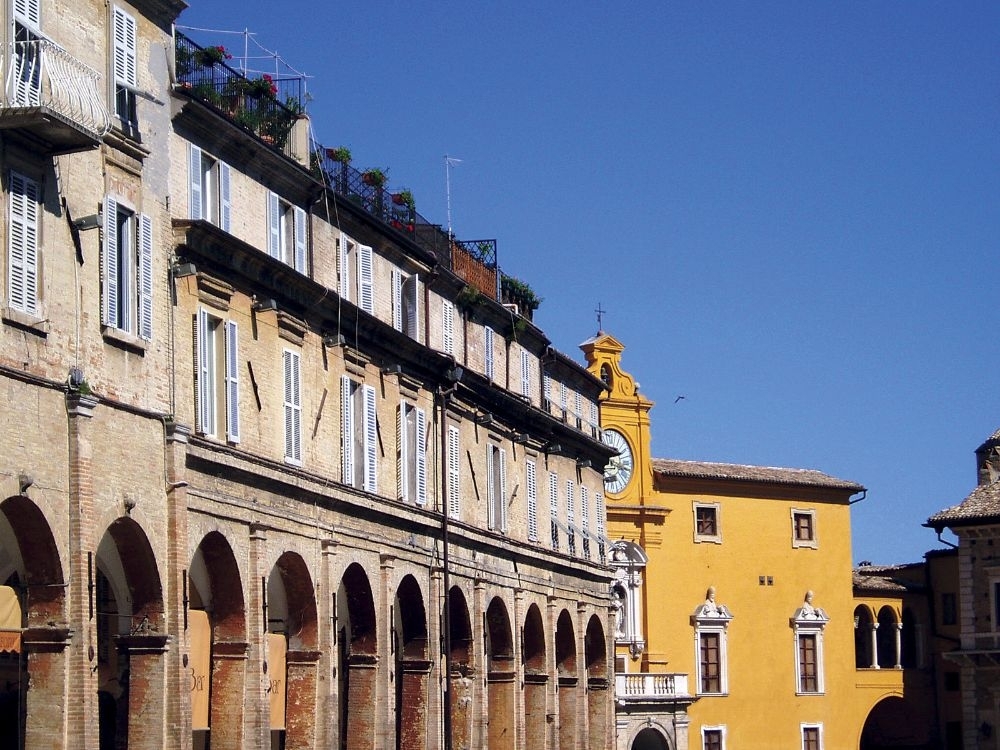