Every year in Fermo August 15 in the Feast of the Assumption of Mary, a historical parade is held: the Cavalcata dell’Assunta.
An ancient description almost photographic, is contained in the Pagina Miniata (Miniated Page) of the Missale de Firmonibus by Giovanni of Ugolino da Milano (1436). There are six historical Contrade (disctricts): Castello, San Martino, Campolege, Fiorenza, San Bartolomeo, Pila, to these were added four others, called “foranee”, because they are located autside the city walls: Torre di Palme, Capodarco, Campiglione e Molini Girola.
The holidays begin with the reading of the notice of the Cavalcata and the Palio, followed by the Investitura dei Priori e Gonfalonieri delle Contrade, the Fair of St Mary, the hostarie (medieval dinners) in Piazza del Popolo, Shows and medieval Games: Tiro al Canapo (Pull the Rope), Tiro con l’Arco (Archery), Gara dei Tamburini (Race between drummers), Tratta dei Barberi (Matching horses with contrade).
On August 14, it takes place at night the historical parade of the Cavalcata dell’Assunta, in historical clothes of the 15th century, culminating in the Metropolitan Cathedral where the morning of August 15 it takes place the Solemn Pontifical.
In the afternoon after the historical parade, which winds along the race route, it takes place the Horserace to give the coveted trophy: the Palio. 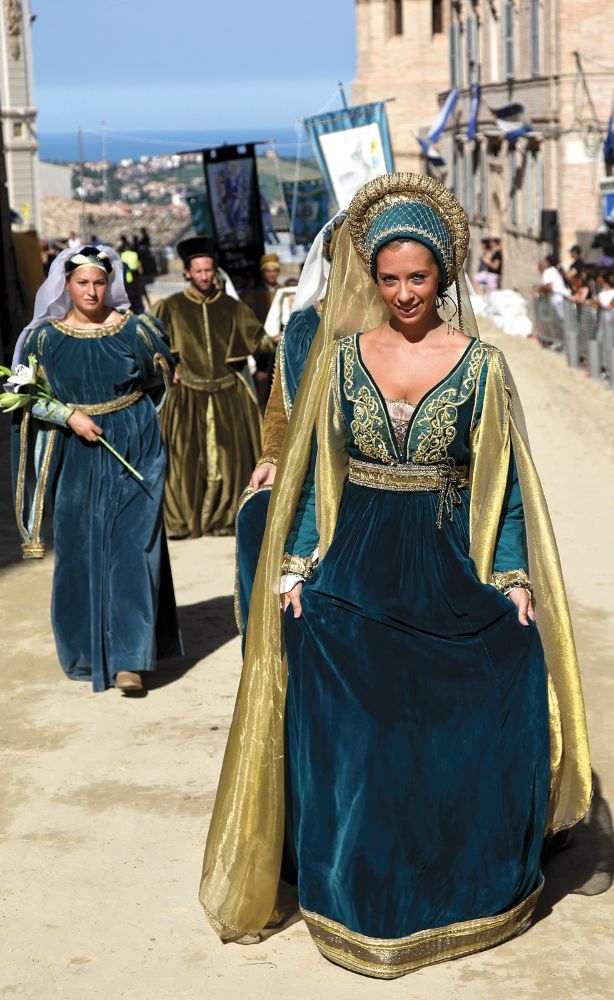 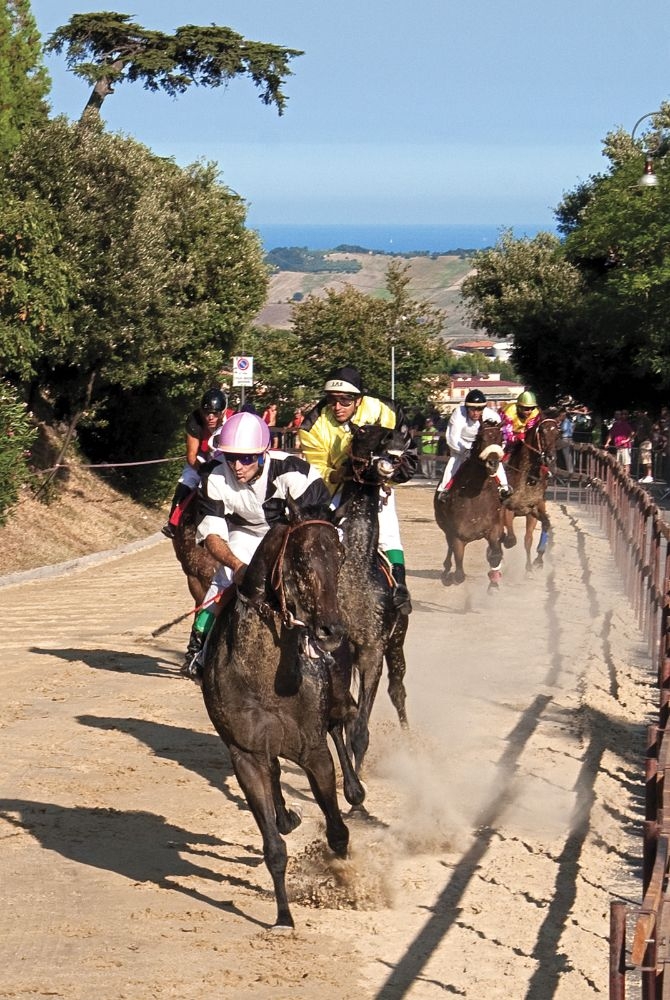 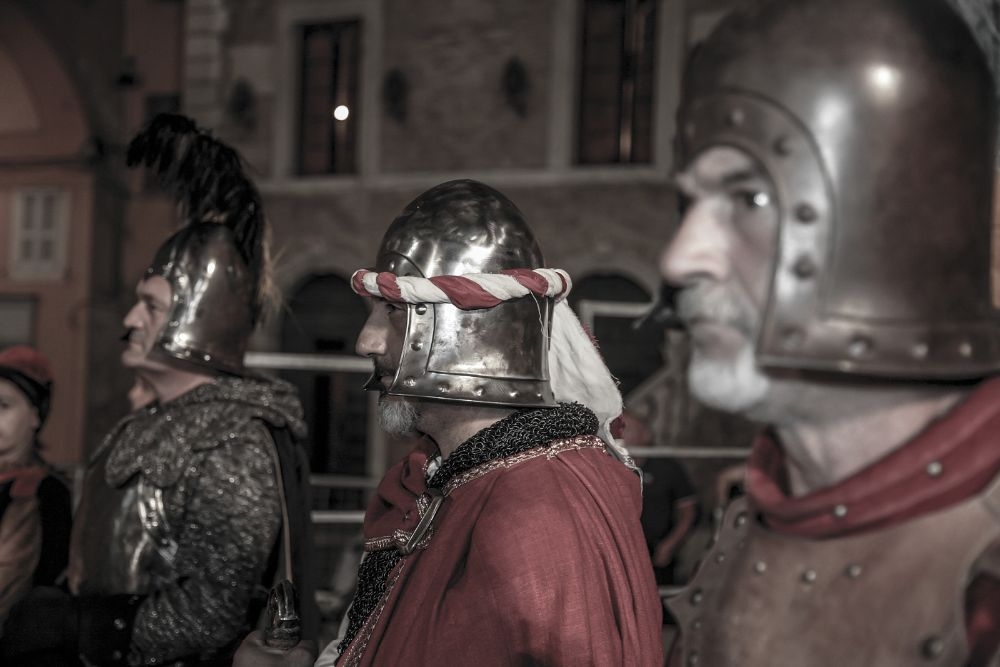 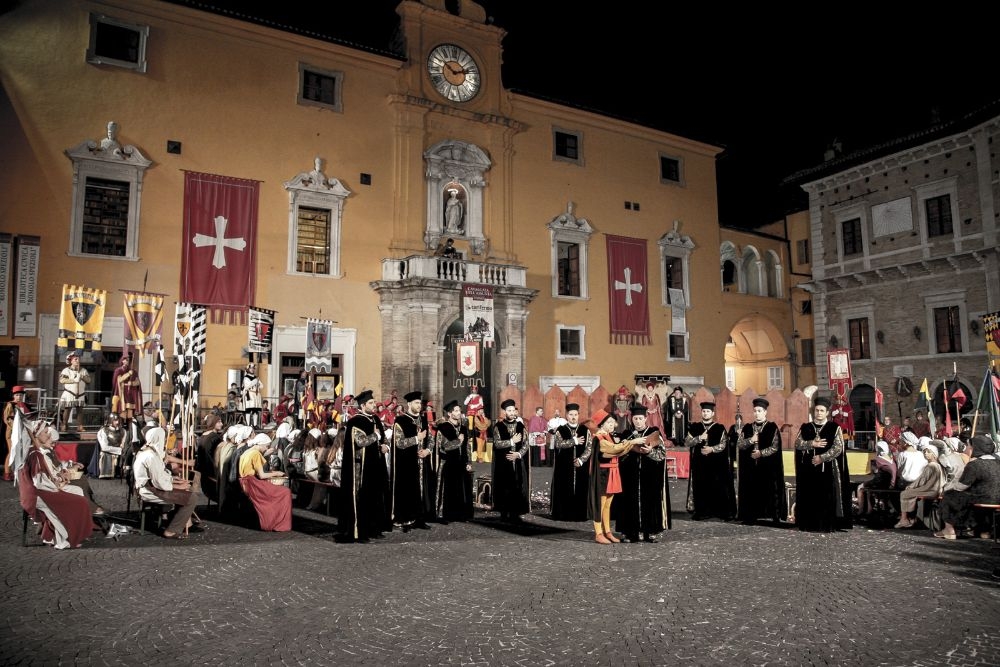 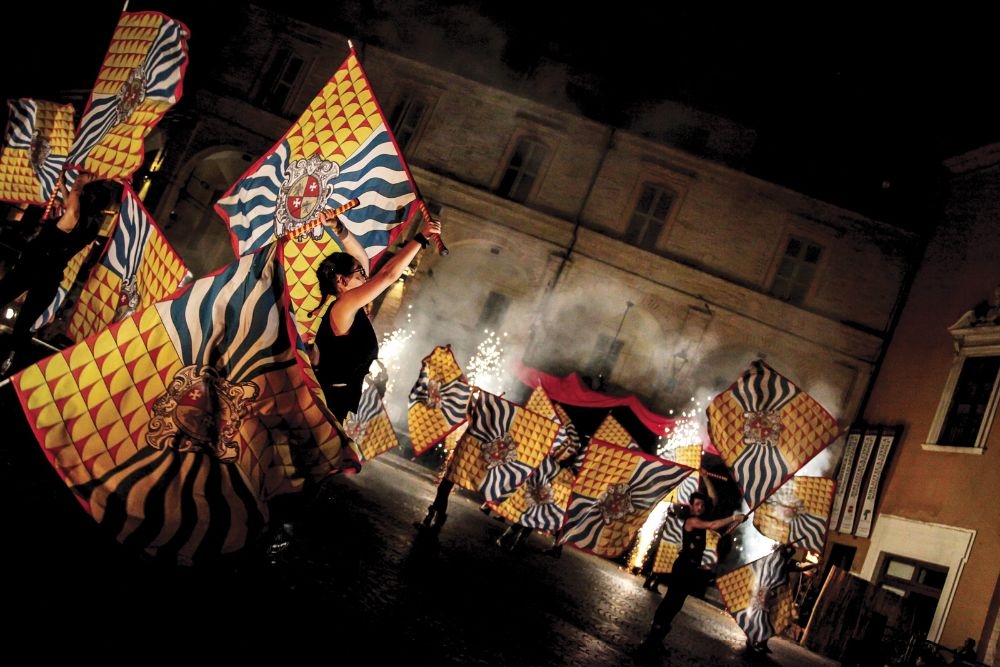 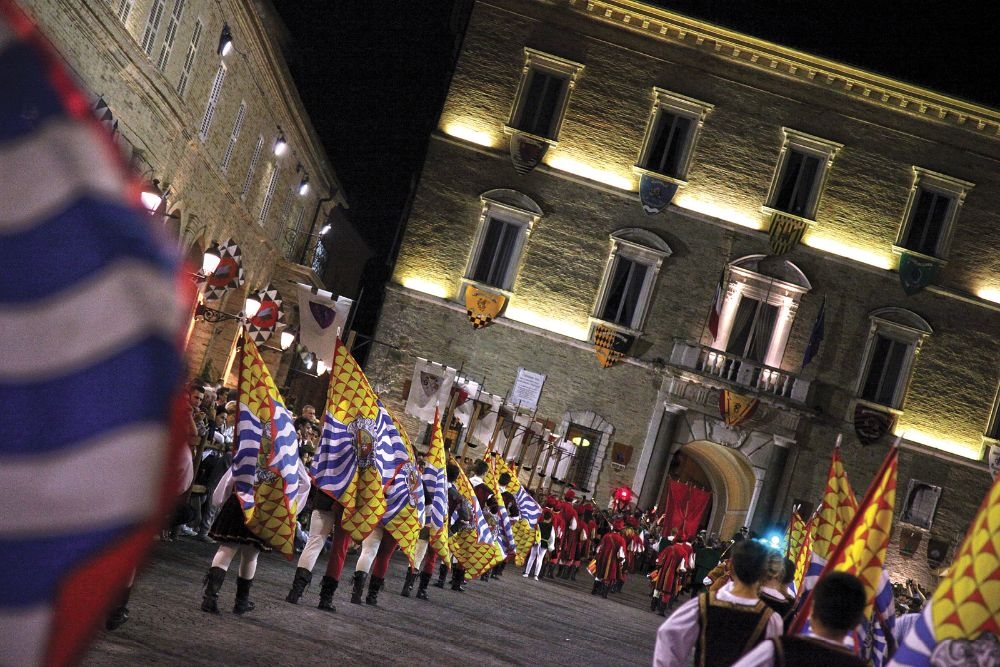