A few minutes' walk from Piazza del Popolo, the town centre, takes us to the top of the Girifalco Hill, known in antiquity as Colle Sabulo, from which the view ranges from the Sibylline Mountains to the sea, caressing the soft curves of hills covered with vineyards, olive groves and orchards. At the end of the park we cannot miss the imposing hulk of the Cathedral dedicated to Our Lady of the Assumption.

The old cathedral of Fermo, founded on the site of a pagan temple of which traces remain in the hypogeum, was destroyed in 1176 on the orders of Frederick I, known as Barbarossa. Of the reconstruction in 1227, ordered by Frederick II, all that remains is the imposing Romanic-Gothic facade and the atrium full of 14th-century frescoes.

Although it was modified in a neoclassical style in the 18th century, the interior still preserves precious works that testify to the leading role played by the Diocese of the City of Fermo over the centuries. We can, in fact, admire some very prestigious works: a Paleochristian sarcophagus of the 3rd-4th century, housed in a thirteenth-century crypt; a number of funeral monuments of important personages including one dedicated to Giovanni Visconti d’Oleggio situated in the atrium of the cathedral; a Byzantine icon, the gift of Saint James of the Marches, situated in the winter choir; a Paleochristian mosaic with peacocks, visible from the main altar. 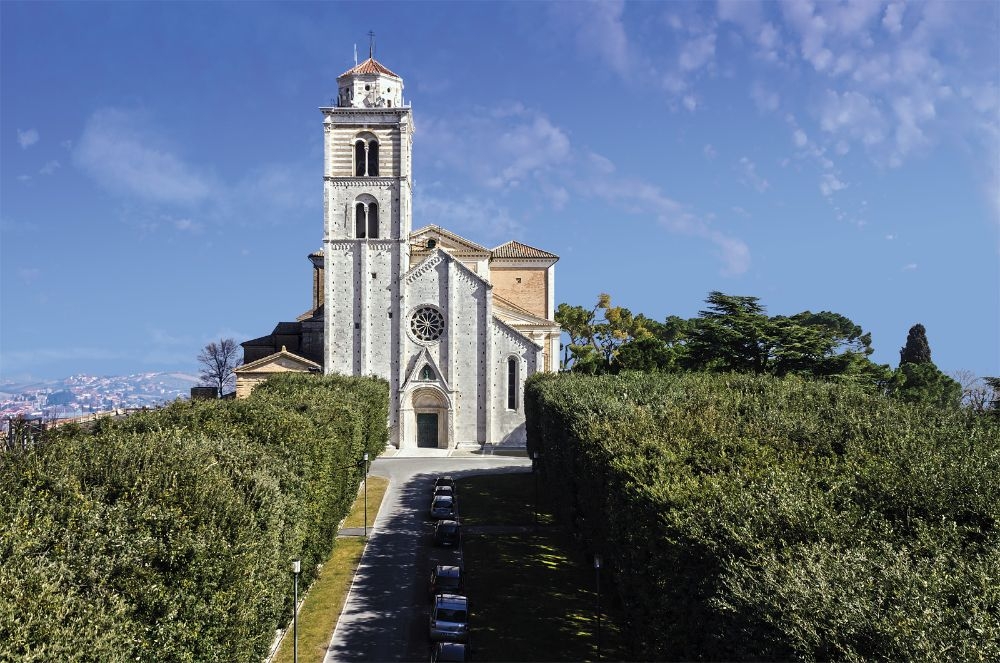 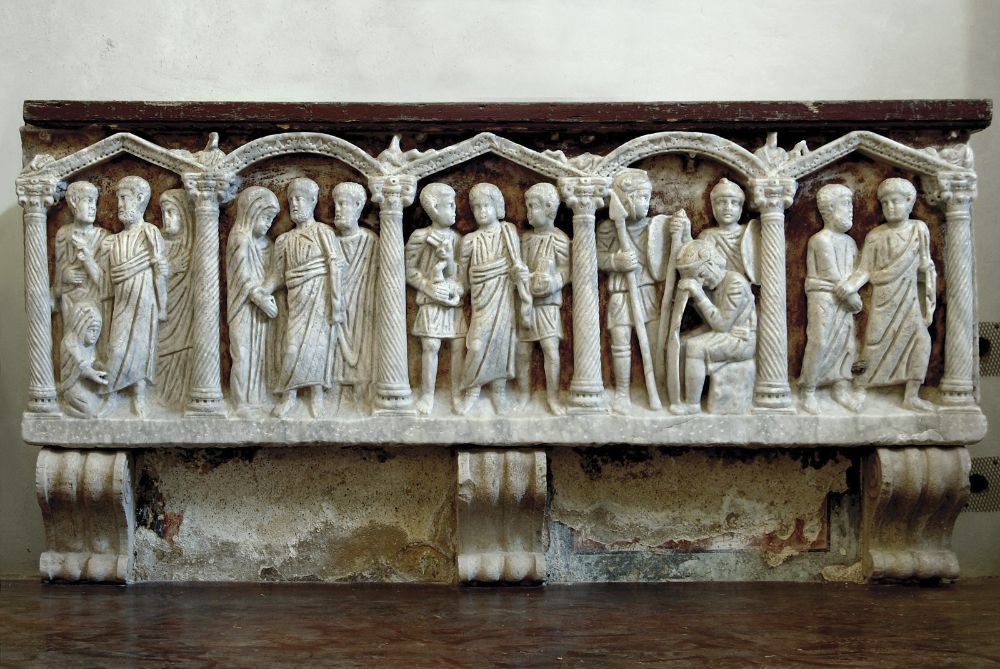 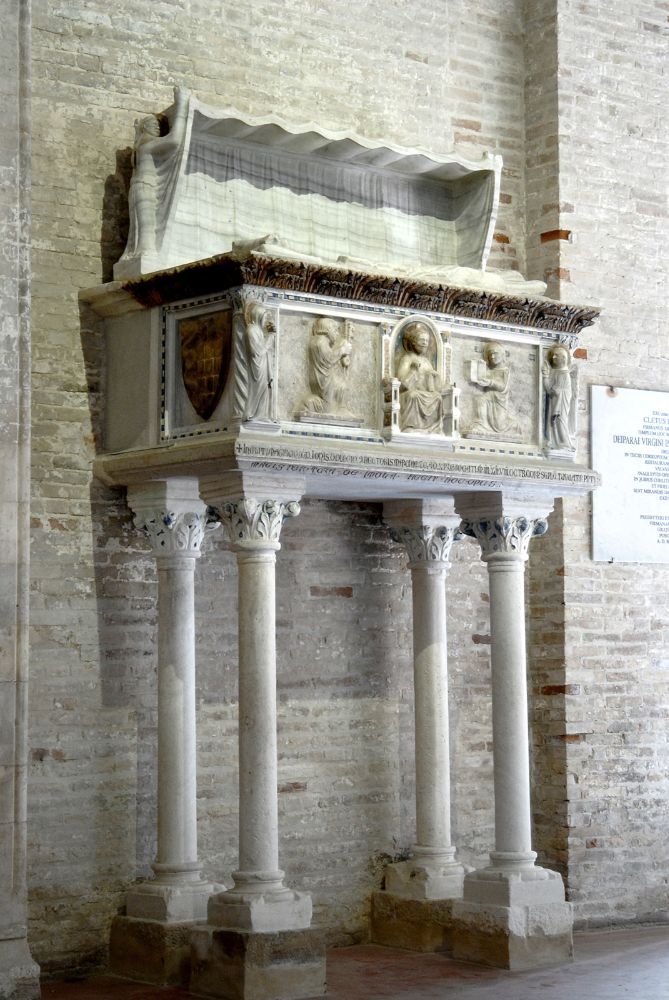 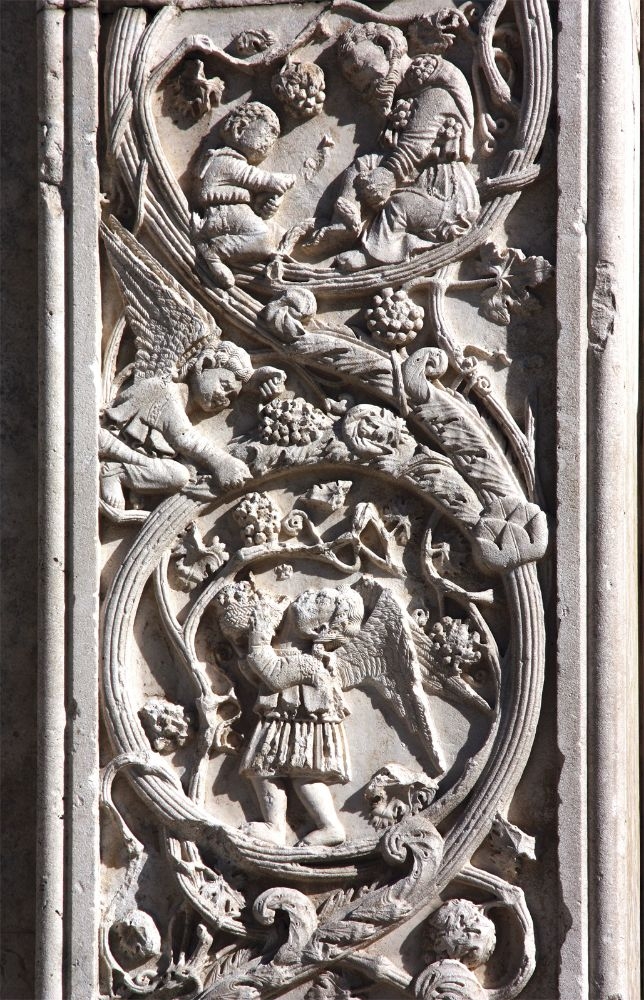 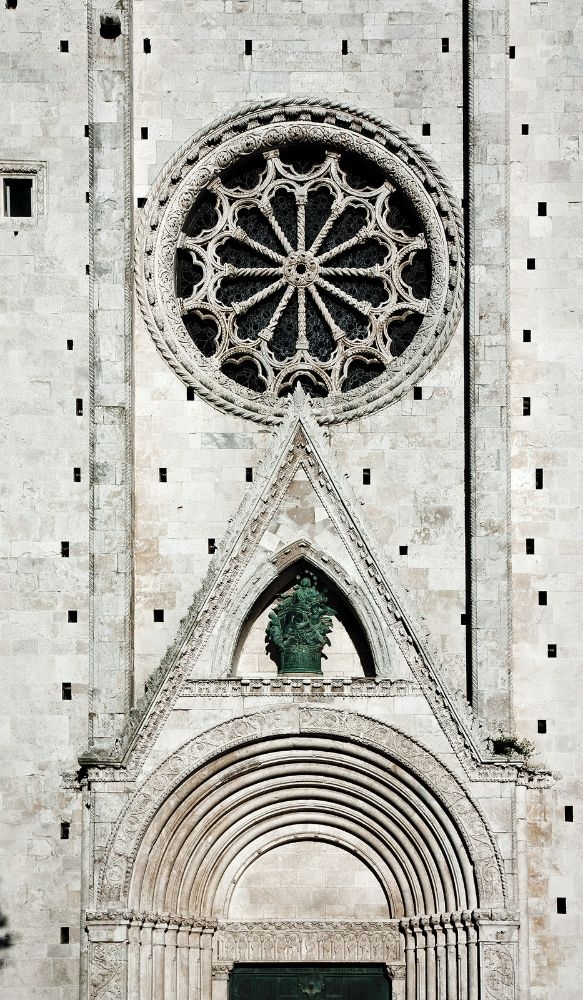 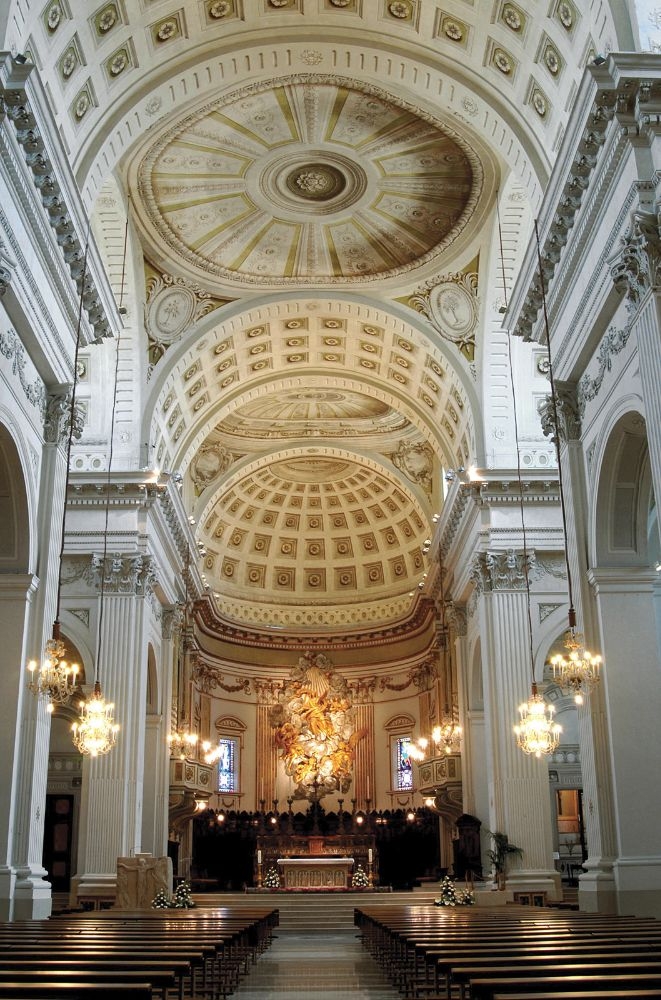 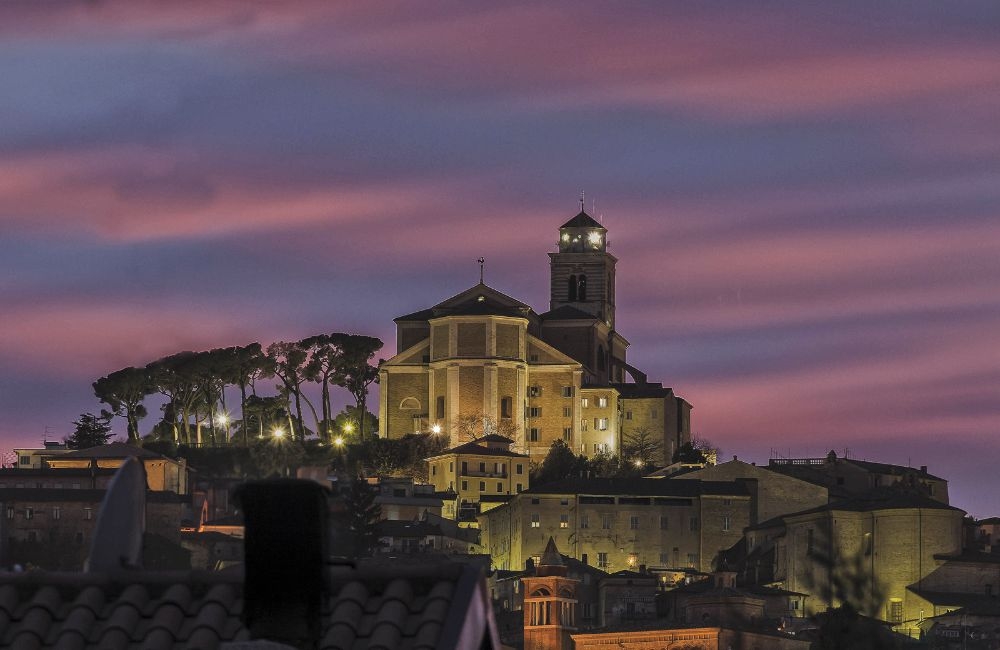 The Diocesan Museum completes the majestic architectural complex of the Metropolitan Basilica, the undisputed protagonist of the Piazzale del Girfalco.

The Diocesan Museum is located alongside and is almost an ideal continuation of the Metropolitan Cathedral, in the rooms of the Oratory and annexes of the former Confraternity of Suffrage. The vocation of the Museum is to tell the story and illustrate the artistic expressions of a vast community, scattered around the Archdiocese of Fermo which counts as many as 58 Municipalities, all closely connected to the Cathedral and to its meaning. The works are, in fact, a selection of those preserved in the Treasury of the Cathedral itself, with the addition of others brought from the Archbishopric, and from the churches of Fermo and the Archdiocese. The exhibits testify to a period of time that runs from Paleochristian art right up to the early years of the 20th century, chronicling the different stages in the construction of the Church, the presence of distinguished bishops, relationships with the Papacy, liturgy and worship. Since the furnishings, accessories, paintings and vestments always have a precise reference to Christian worship over many centuries of history and have impressed in them the rules of various liturgical reforms, often it is difficult for us to interpret them and hard to appreciate their value, meaning and use. For this reason it was decided to design and organize an exhibition divided into homogeneous types, and then to explore eras and styles within each of these. The fullest collections are the following: the “Sala dell'Argenteria” (Raffaelli) and “Sala dei Paramenti Sacri”  with vestments from the 17th to the beginning of the 20th century.

Special pride of place is reserved for the Chasuble of Saint Thomas Becket, a jewel of textile craft of Arabic origin dated to 1116, donated to the Church in Fermo by the Bishop of Fermo Presbitero, who had been given it by Saint Thomas when they studied together in Bologna. The Quadreria (Painting Rooms) consists of two rooms and houses works by famous artists: Marino Angeli, Vittore Crivelli, Carlo Maratta, Pomarancio, Corrado Giacquinto, Hayez, and Luigi Fontana.

At the entrance to the first large room are some authentic masterpieces, the most conspicuous part of the Treasure of the Cathedral: we can admire, in fact, the Missale De Firmonibus illuminated in 1436 by Ugolino of Milan, an illuminated missal of the 13th century, the stauroteca (cross-reliquary) of Pius III, the tortoise and mother-of-pearl pastoral donated by Pope Sixtus V, and the monumental 16th-century bronze ciborium by the Lombardi-Solari brothers 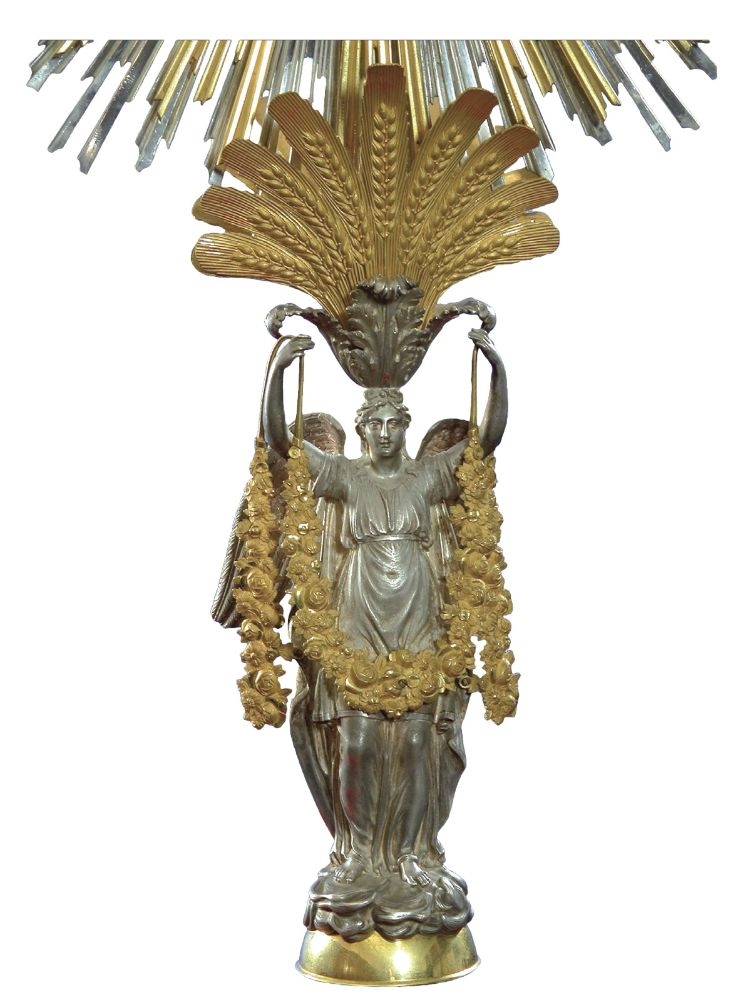 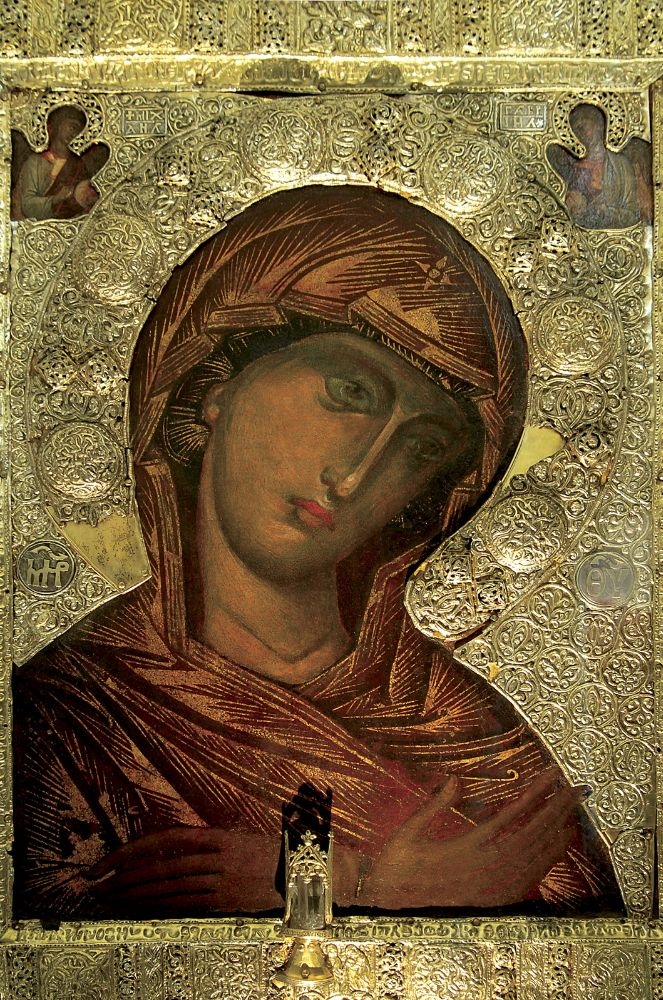 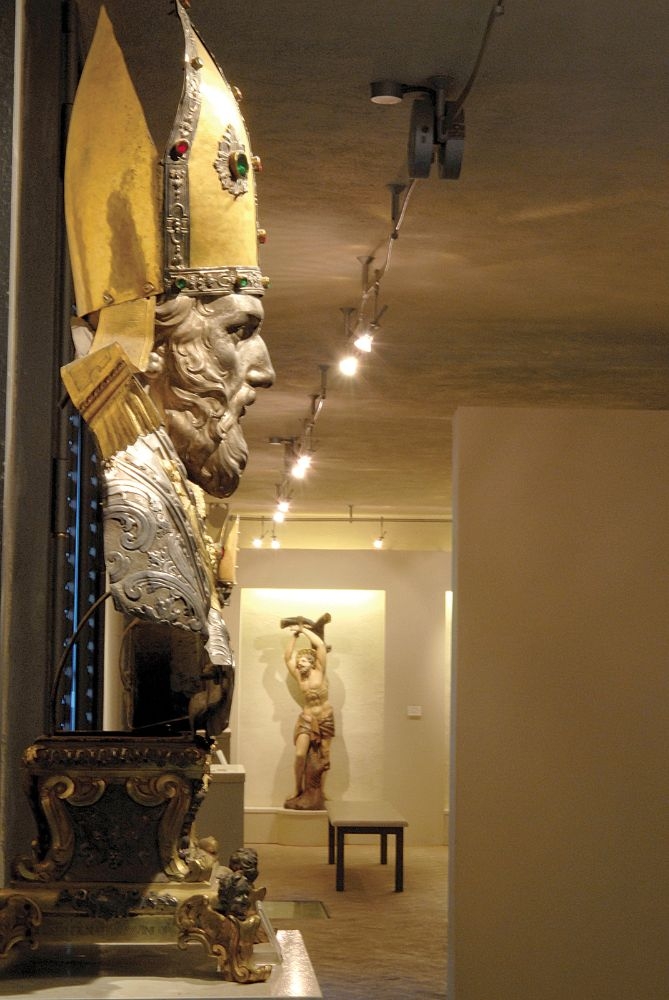 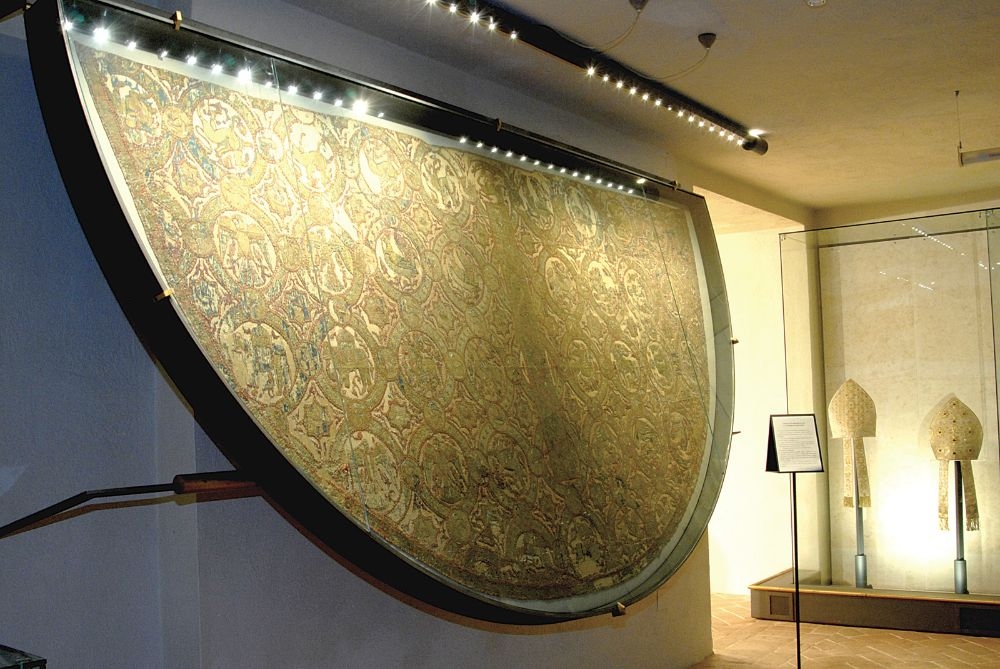 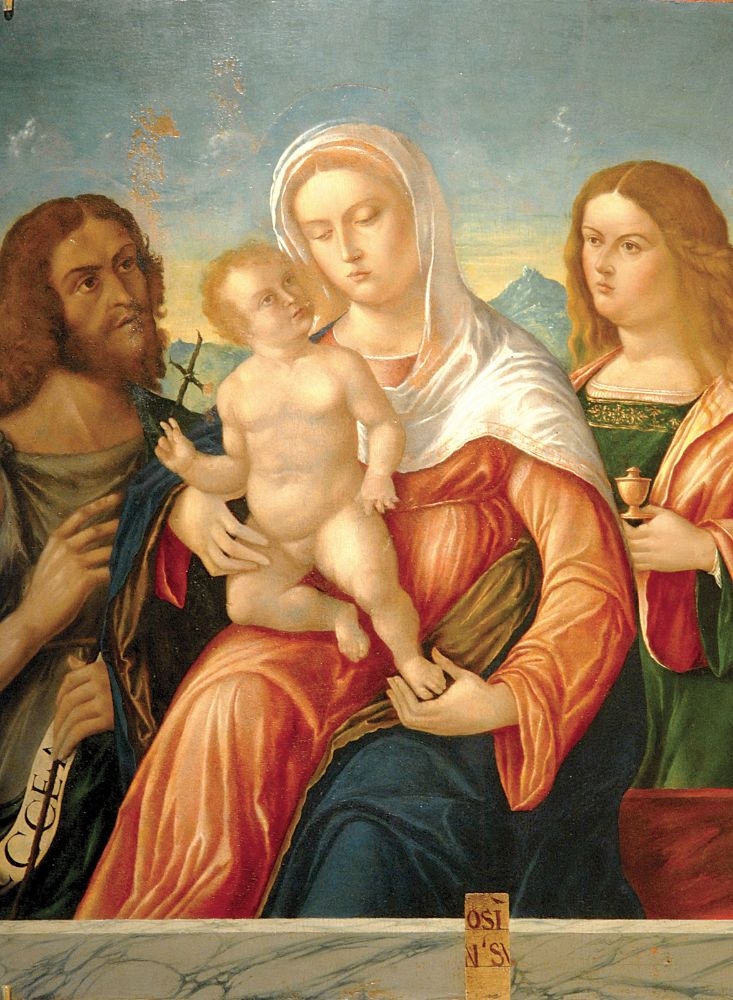 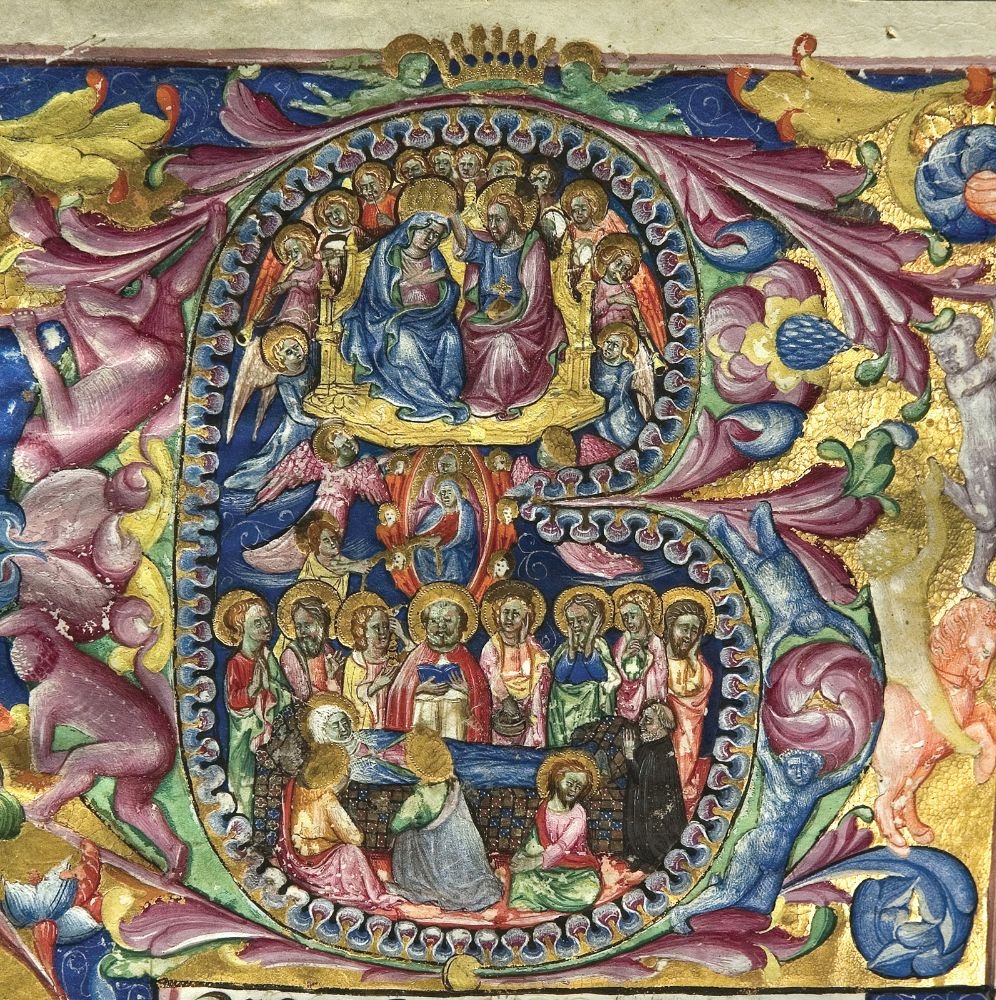